The Dollyrots - Neither Dollies Nor Rotten! 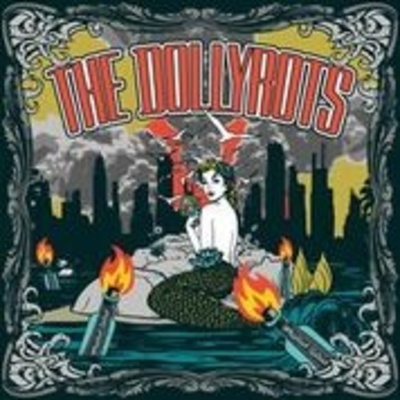 The Dollyrots are Kelly Ogden on thundering bass and fine vocals and Luis Cabezas on punktastic guitar and vox. Their new album ships imminently and it is their sixth studio album since their first release back in 2014. This new record is called ‘Whiplash Splash’ and it is pretty darned good, scrub that it is bloody brilliant!

It is always worth starting as you mean to go on and this album does exactly that with opening track “I Do”. This is superior power pop punk with a massive earworm of a hook that sinks into you like a full on barbed fishing hook and doesn't let go. Once this catches you there is no chance that you will ever be thrown back into the sea! On “Babbling Idiot” I see the Dollyrots making a claim to be this generations Blink 182 and Sum 41 all rolled into one and with the twist of having an outrageously talented female lead singer in Kelly Ogden. There are far too few women at the forefront of rock music, so this is yet another step in the right direction.

None of the songs on 'Whiplash Splash' can be described as forgettable, indeed they are all very much the opposite. Especially “Just Because I'm Blonde” which comes across like the Ting Tings on amphetamines with a really seductive spoken word section. Shamefully in a world where Ed Sheeran has all sixteen tracks from his new album in the UK top twenty recently, I doubt that the Dollyrots will reach the higher echelons of the charts but bloody hell they should! Incidentally I have nothing against Mr Sheeran, I just think that the charts these days are a little fucked up. “Mermaid” could be a Nirvana outtake with vocals which suggest the Dollyrots are fans of Hole featuring Courtney Love as another Nirvana link, Patti Smith and Shirley Manson of Garbage. “Saturday Morning” takes the best of the sixties girl groups like the Shangri-Las and mixes it up with production and style that early Blondie, the Ramones and the Clash would be proud of.

The title “Other Trucker” sounds like some kind of tongue twister to trick you into saying mother fucker, damn it worked too! The song though borders onto acoustic territory and I reckon Clare Grogan in her Altered Images days would have made a great job of it, although probably not as good a job as the Dollyrots make of it!

The album closes with a fun take on the Katrina and the Waves pop classic “Walking On Sunshine”. Can I vote for the Dollyrots to take part in the Eurovision Song Contest for the UK some time? As usual we might still end with nil points, but damn it would be fun! I listen to this album and think that this band must have studied pop punk, punk and pop itself to degree level. There doesn't appear to be anything that they can't do from a punky perspective.

UK music festival organisers please take note, this band has to appear at UK festivals soon, and that is not a request that is an order!