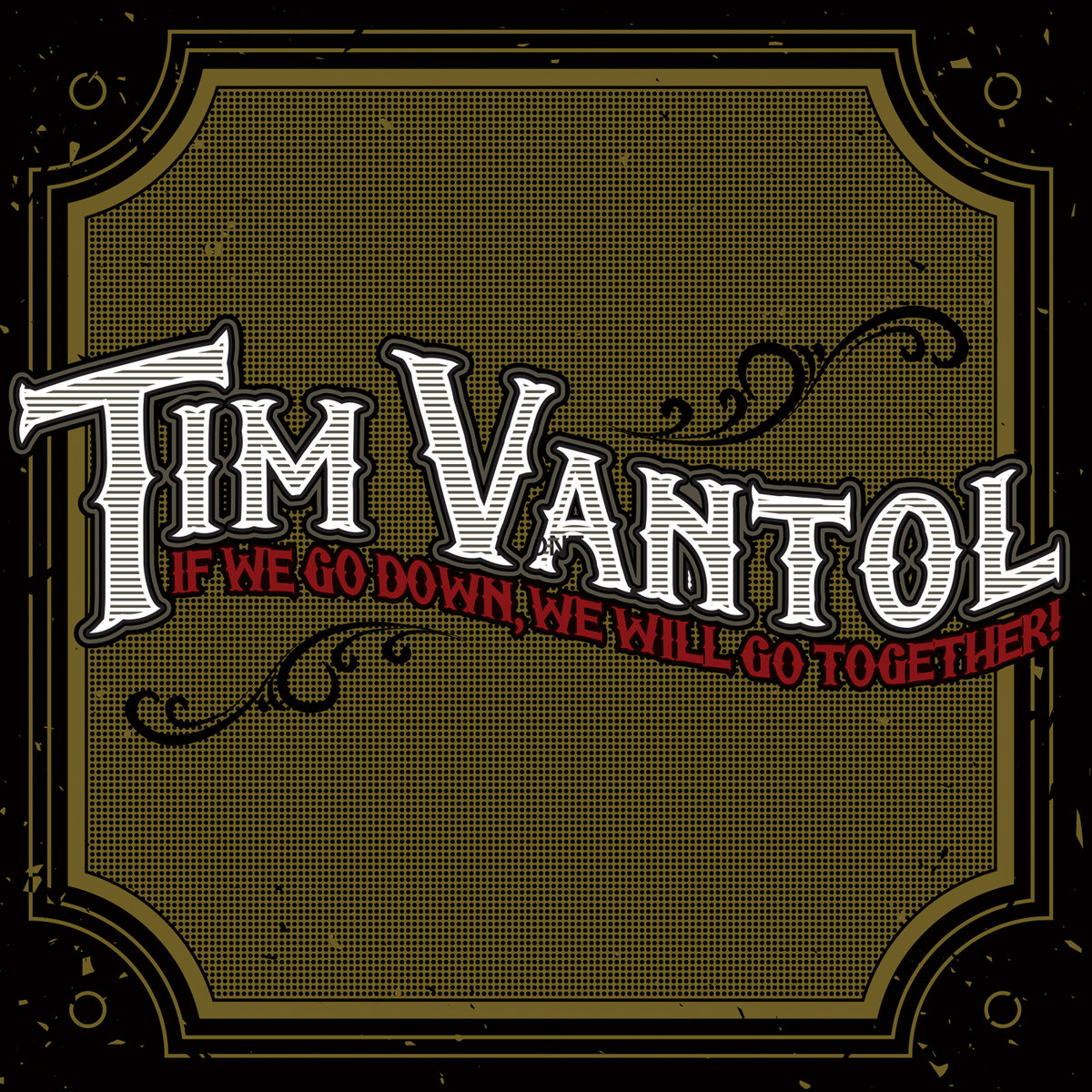 Drawing comparisons to the likes of Frank Turner and Chuck Ragan, Tim Vantol is making the kind of country-inspired folk-punk that's seen a rise in recent years, and much like his contemporaries, for this release does indeed lift Vantol to such heights, 'If We Go Down...' is a record of rousing solidarity, and whilst its narratives aren't always the most positive, his uplifting attitude bleeds through in to each of them, making every track instantly relatable and refreshingly cathartic.


Kicking off with the eponymous 'If We Go Down, We Will Go Together', Vantol's intention are laid out immediately; he's not here to judge you on past indiscretions, he's here to pick you up, dust you off and tell you you're not the only one who's made mistakes before. This sense of solidarity is a recurring theme throughout 'If We Go Down..' and in that respect is somewhat similar to Dave Hause's 'Devour', with both records refusing to sugar coat the shittier things in life. 'Bitter Morning Taste' in particular harbours a sense of self-deprecation that will be familiar to fans of the aforementioned Hause.

Whilst for the most part 'If We Go Down...' is Vantol lamenting his own, recognisable faults, often relating to, or aimed directly at, an unnamed recipient, the a-capella closing track 'Before It All Ends' signifies a change in his use of pronouns; the 'we' is no longer himself and a former lover or friend, but Vantol and the listener; the catharsis is no longer the result of metaphors but acknowledgement and inclusion. Only the opening track feels as uplifting and as unifying as this.


Through his own admissions of guilt, and only addressing his audience directly during the record's two most uplifting moments, Vantol has crafted a record that cleanses one's own guilt and reassures them we've all been there before. In doing so, he's stayed true to his punk roots, whilst embracing the traditions of both folk and country. It should come as little surprise then, that the combination of such aesthetics results in a finished product as honest yet uplifting as this does; the heartfelt and gritty nature of all three genres coming together in a backwoods marriage of empathy and optimism. It's going to be a struggle for other bands to top this record this year.


To find out more about Tim Vantol click here.