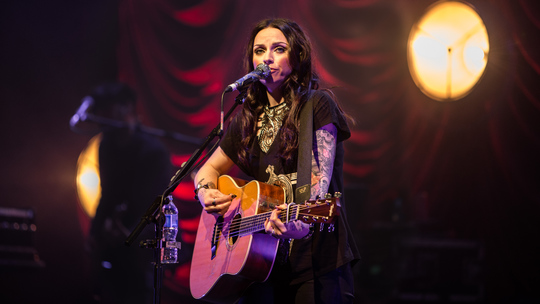 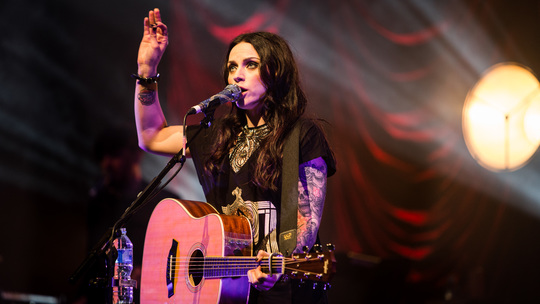 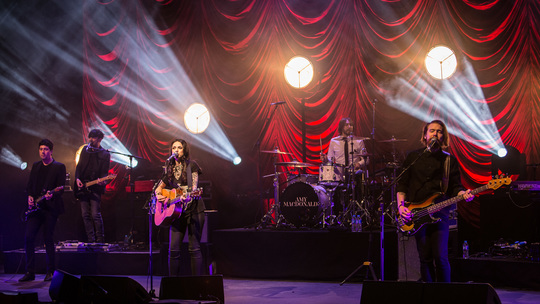 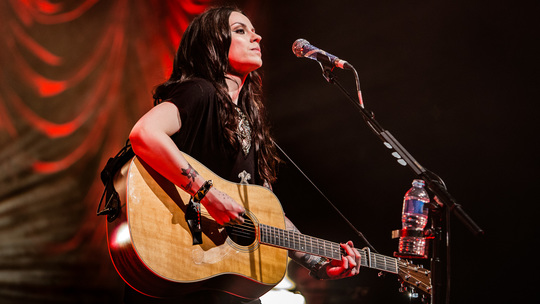 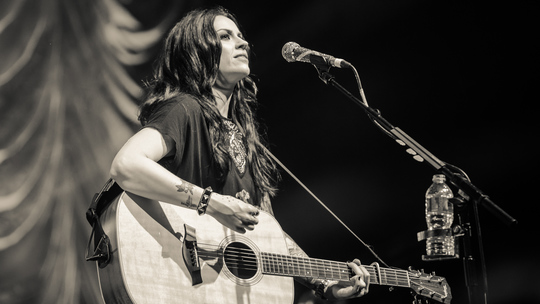 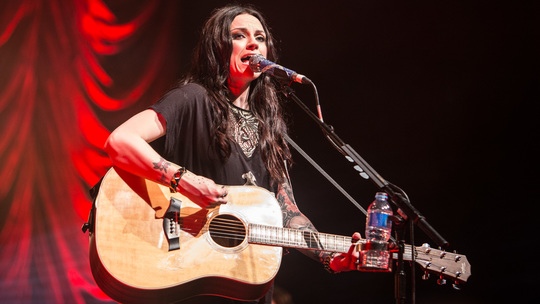 It’s hard to believe that this 29 yr old Scottish songstress is on her fourth album in ten years and touring the UK playing concert hall venues again. Her youthful enthusiasm, heavy skull tattoos and country/folk/goth appearance belies her mostly Radio 2 friendly tunes that have this mixed age group in York completely enthralled.

Amy on the other hand is loving the fact that she can see everyone in the venue, it’s an all seated gig, which again felt a little bizarre, but she is keen on making sure everyone is joining in with the singing, dancing or clapping and enjoys a ‘people watch’ during her tunes – often recapping afterwards which areas of the room performed well.

Opening with ‘Under Stars’ the title track and tour name, the band are very tight, musically competent and let Amy take the spotlight centre stage. That’s the drill and the guys in the band dressed in black are happy to play the supporting cast with really only the bass player venturing over the monitor line to encourage a bit of audience participation.

There are lots of stories to tell and I don’t mean the ones within the lyrics, for most tracks we get an introduction, sometimes lengthy but always with humility, affable and engaging and usually funny. This adds to the night, and I think the silence after the applause shocked her into probably talking more than she normally does.

As an example she recalls the last time she played this venue and the constant stream of people walking to the toilets made her think that York was the ‘Capital of Weak Bladders’. Tonight it’s a school night so we’re much better behaved, but that means it’s a struggle to get people out of the chairs dancing, in fact it’s not until ‘Mr Rock’n’Roll’ that we get some serious fist pumping and the odd chair dancer raising their heads above the neatly packed rows.

Following that with my personal favourite off the new album ‘Dream On’ lifted the setlist to a more upbeat line and ‘Poison Prince’ similarly kept the quick tempo shuffle moving.

Macdonald keen to promote everything about her new album takes a sip from a mug to keep her throat lubricated, and then in pure shopping channel mode jokingly tells the audience "the Amy Macdonald mug is available in all good merchandising stalls nearby". Playing as much as she can from this new album tonight and why not, after all it has been 4 years since the last one!

A couple of highlights were a stripped back acoustic version of ‘4th of July’ and then a quite superb rendition of the Doobie Brothers classic ‘Listen to the Music’ complete with harmonies that the 70’s band would have been proud of.

A funny intro to ‘Rise and Fall’ referencing that she wrote this about a dystopian future where the leader was a nihilist racist bigot, never thinking that one day we would actually be in that situation, and then finally getting the whole audience up for ‘This is the Life’, which even after 10 years is still her biggest UK hit.

What followed after that was a jaw droppingly beautiful piano and vocal of ‘Never Too Late’ and Macdonald, without her guitar barrier for once, poured out her soul for the audience. Vocals pure and clear and that gorgeous Scottish lilt in her voice emphasised the emotion perfectly, sheer class, and I wish this had been mid set to really break up the similar tempo tunes.

The full band return for ‘Life in a Beautiful Light’ and there is still room for 3 encore numbers. A total of 21 songs and some lengthy intro’s made this school night quite a long one - but so worth it. You really get so much more than you are expecting, not just beautifully talented, but proper entertainment folks, and not the stuff shown on Saturday night telly!