Let The Dancers Inherit The Party 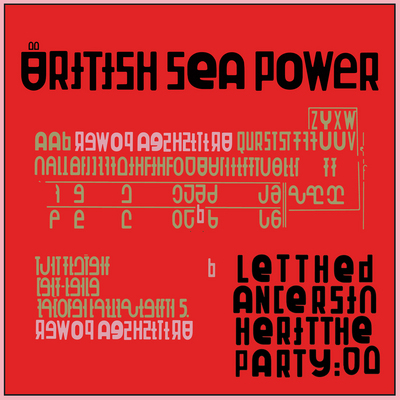 Let The Dancers Inherit The Party

I have to be honest here and say that this is the first British Sea Power album I have ever listened to. I’ve listened to odd songs and thought they sounded good and said to myself I must look up their albums, but never got round to it. I therefore came to this album with no preconceptions and ready to listen without prejudice.

‘Bad Bohemian’ is a fantastic start to their fifth album 'Let the Dancers Inherit the Party'. With echoes of The Cure and a clever take on the mid-life crisis, it has a driving guitar and raises a smile from even the most jaded ‘Bohemian’.

‘International Space Station’ has a David Bowie vibe to the vocal performance, appropriately enough given the subject matter. The continuous refrain ‘Between the Moon and the Stars’ gives a ‘Heroes’ style ending to the song that just hypnotises the listener. ‘What you’re doing’ is a similarly accessible song that could actually cross over to the charts with its summery vibe that will go down really well at the festivals they’re playing and sound just as good blasting out on a car journey on a warm sunny day.

‘The Voice of Ivy Lee’ channels U2 with its stadium filling sound that should win over the casual audience at Glastonbury and elsewhere.

‘Keep on Trying (Sechs Freunde)’ is a fun listen, but it is testament to the quality of the first four songs that it is in no sense a stand out. ‘Electrical Kittens’ has a dreamy feel that draws the listener in and builds up a hypnotic wall of sound in the way that Dream Academy used to back in the Eighties.

‘Saint Jerome’ is a track that explodes out of the speakers with guitar and drums to the fore and gets more tribal in rhythm as it continues. It’s definitely a track that showcases their heavier side and shows off their musical quality.

‘Praise for Whatever’ and ‘Want to be Free’ continue the extremely high quality that epitomises this album and would be standout tracks on many other collections, but on this album they just don’t have the impact of the songs around them.

‘Don’t Let the Sun get in the Way’ has the classic Simple Minds style guitar work that I love and is very close to my favourite track on the album. ‘Alone Piano’ is a beautiful ambient finish to the album that carries on the tune contained in the short intro and is completely different from any other track but which just seems to belong to this varied, magnificent set of songs.

Note to self, I really must listen to the rest of their albums! Whether you are a new convert or a long standing fan this album will not disappoint. It is quality through and through.