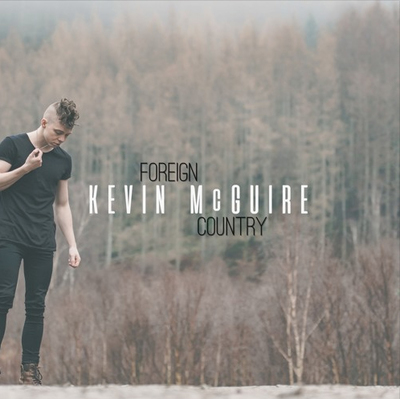 Country music has redefined itself over the last few years. There was brief period when Bro Country dominated the commercial country charts, but while that is dying down, the sincerity of songsmiths Hunter Hayes, Sam Hunt and Kane Brown will endure the changing tide. It is in their shadow s that Glaswegian Kevin McGuire is making his steady rise to global stardom.

Having just released his debut EP, 'Foreign Country', Kevin McGuire shows that he is an artist who has come to terms with his brief dalliance with an R'n'B career and has moved on to marry this with his passion for country storytelling.

Channeling Rascal Flatts and all the aforementioned, this is a charged, insightful and rather addictive debut. While '3AM', 'Late' and 'Alright, Tonight!' all have punch, it is the stripped back 'Easy Love' that he really shines.

'Foreign Country' is a strong debut, but it is still clear that Kevin has a lot more to offer. A name to watch closely.