A Group With A Lot Left To Say 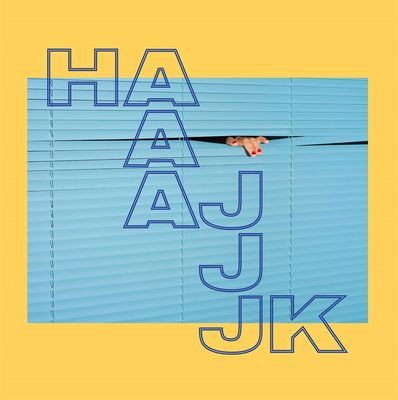 Hajk’s self-titled debut album starts off with the dreamy harmonies of ‘Magazine’. Hajk comes from Norway and you can hear hints of a Scandinavian sound throughout the track but the overall feel of the track is of sun kissed Californian rock.

The second track 'Nothing Left To Say' is quite simply superb.As with the first track the melody is strong but the influence seems to be more 80s New Romantic pop. They seem to be musical magpies, taking influences from other areas but then moulding them to their own strengths creating a sound that suits them perfectly. This musical eclecticism reminds me of their countrymen from A Ha, who could move seamlessly between genres throughout their career.

‘Common Sense’ was the first track picked up by radio stations in their native Norway and it is a very catchy tune that has a rockier feel than the other tracks on the album, with Johan Nord’s drums giving an excellent base to the tune, but again moves through musical styles in a way that is never jarring.

‘Medicine’ has a more indie pop style that showcases the more reflective style of Hajk’s lyrics very well. Hajk possess the very Scandinavian trait of being utterly comfortable in writing in their second language, and as a result with decent support and airplay their music should be very accessible to music fans in the UK and beyond.

‘Best Friend’ has a Fleetwood Mac vibe to it led by the superb guitar work of Knut Sandvik and deceptively simple harmonies. Like Fleetwood Mac Hajk have a superb female vocalist in Sigrid Aase and an equally good male vocalist in Preben Andersen who share duties throughout this record, each creating their own style of Nordic magic.

The final track ‘Somebody Else’ is a marvellous finish to the album with Aase’s vocal soaring over Einar Haugeth’s superb keyboard work. Scandinavian music is producing some of the most interesting music around at the moment, and Hajk look very likely to add to that not only with this album but throughout their career.