The London based Organ ensemble Troyka, return with their wildly experimentative third album entitled Ornithophobia. The slick and completely unpredictable vibe flowing through it leaves an almost sinister aftertaste that challenges the concept of a correctly structured song. 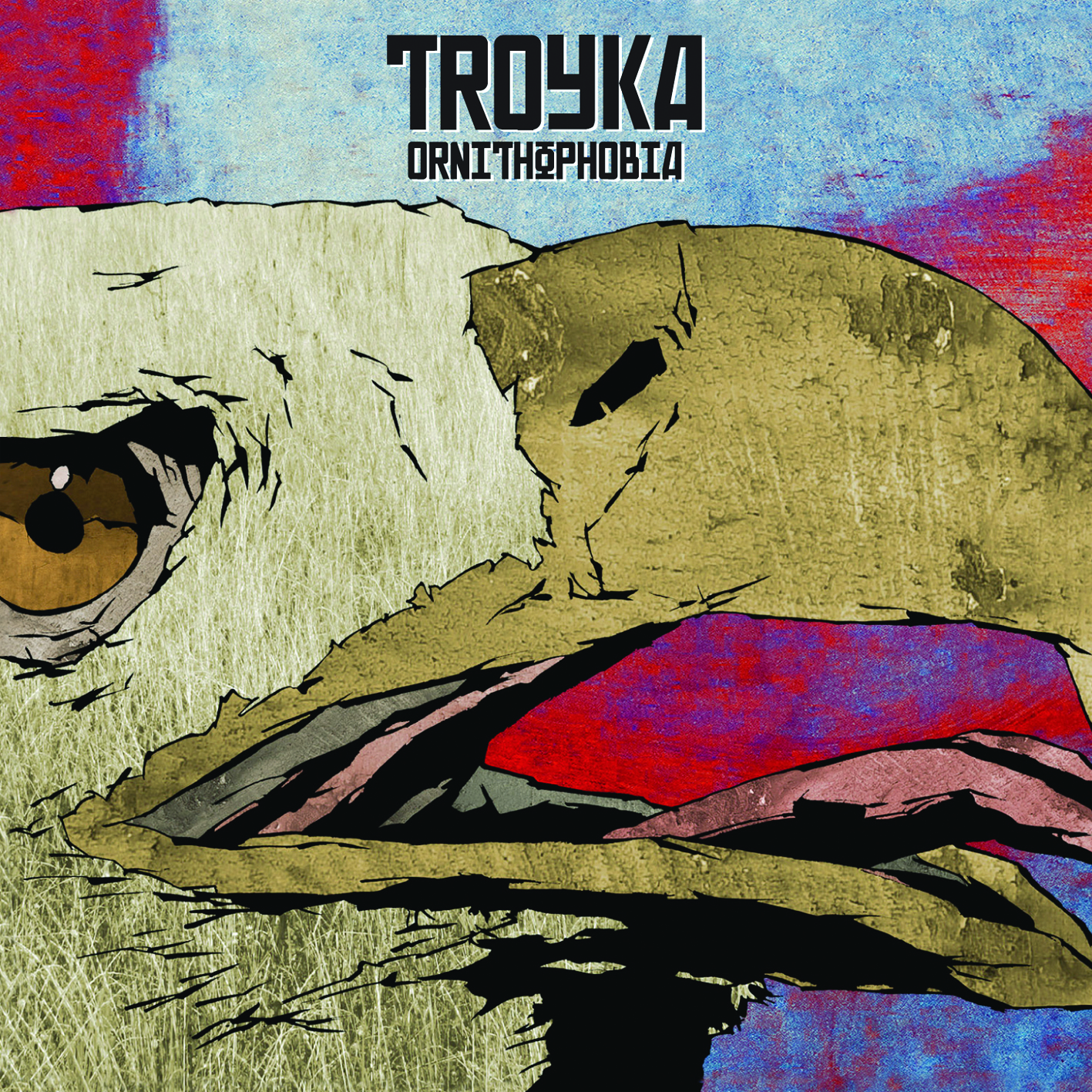 Like opening a book or watching a film, the instrumental soundtrack itself (with no vocal accompaniment) illustrates a desolate London scene of empty streets and menace lurking around every corner. The city lies in undeniable horror as a new strain of Avian Flu (supposedly man-made) begins to infect the population, turning them into bird-like abominations. A state of quarantine is issued to the vast populace, creating nothing short of a day of reckoning for the human race. The plot foundations are depicted in a charismatic comic book layout constructed by artist Naiel Ibbarola, rightfully setting the tone for this frenzied, out of the ordinary form of fantasia.


The music, flaring chaotically intelligent experimentation's, also questions the ideal of categorising a band with a genre and singling them out to one particular audience group. The sound they have immersed themselves in, delve into fields such as freestyle jazz, southern soul, dissonant rhythm rock and techno hip-hop with an aura of urbanised malevolence coating every note. One unusually inviting trait of this album however, is that the time signatures forming impulsive but deliberate lurches at any chosen moment seem to amplify the manifestation of images, making the concept of additional written word irrelevant.


There is no doubt that the gifted trio’s trial and error methods of practical music study, are taking them into unexplored waters which would make any listener question whether this is simply the sound of a new generation or if this is indeed the new wave of music altogether. The taste in the mouth is unquestionable and yet unquenchable with this cold glass of dystopian ecstasy, leaving no other option but to hit replay and continuously re-evaluate every crevice of this stirring and unsettling post-apocalyptic sound.