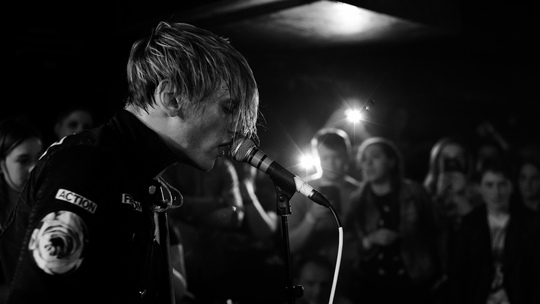 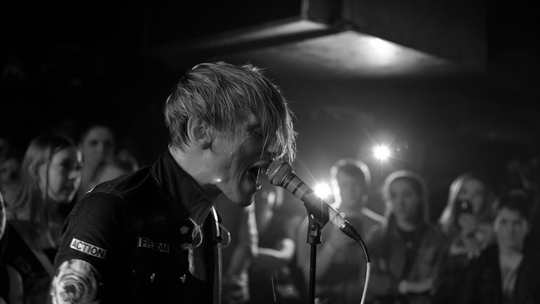 I was lucky enough to see Counterfeit for the first time back at 2000 Trees festival last summer, at the time I hadn't known what to expect from them but their performance was addictive and adrenaline fuelling. Last week at the Haunt, they bettered this. The band, who are relatively new kids on the block have certainly made a place for themselves among the greats of their genre.

With support from Faux and Tigress the night kicked off to a great start with passionate performances warming up the crowd for the chaos ahead.

The performance was emotive and their level of crowd interaction cannot be faulted. "Letters to the Lost", the final track to their 2017 release 'Together we are stronger' saw lead singer, Jamie Campbell-Bower in the crowd surrounded by adoring fans. The song speaks of Campbell-Bower's experience of losing a friend to suicide, and he used the time to promote the charity CALM which they are supporting throughout the tour. This is my favourite track from the record and one of my favourite live performances I've witnessed embodying all the emotion behind each lyric.

Another crowd favourite is "As Yet Untitled", the high tempo, punchy tune created a sense of euphoria and connected the crowd. Their fan base themselves are a force to be reckoned with.

The five piece band have been touring the UK and Europe for the last few months and will be performing at Reading and Leeds and Slam Dunk festival this year, they are definitely not one's to miss this season.