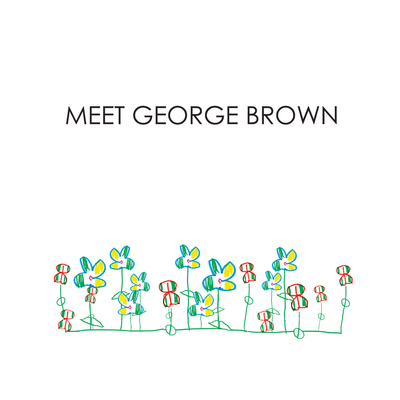 'Meet George Brown', the debut EP of London-based Malaysian born singer and songwriter Meet George Brown was set to be a success even before being released. The project was crowdfunded via Indiegogo, and reached incredible peaks of popularity with its campaign becoming one of the best performing projects in Europe.

The whole EP presents simple, uplifting guitar melodies with deft finger-picking and very little arrangements. The tracks sound almost like they are live recorded, giving a signature accent derived from George’s perpetual busking around London and particularly on Regent’s Canal, where she refined her songs depending on how they fared on the tarmac.

The opening track and EP’s lead single is a perfect showcase of the artist’s signature sound. It is a light, airy and summery tune, with a lyrical component reminding of Joni Mitchell: one of George’s main songwriting inspirations, along with several other SoCal artists like Crosby Stills and Nash, James Taylor and The Eagles, as well as more contemporary artists like Ray Lamontagne and The Tallest Man on Earth.