Stepping Out Of The Shadow Of The Boss 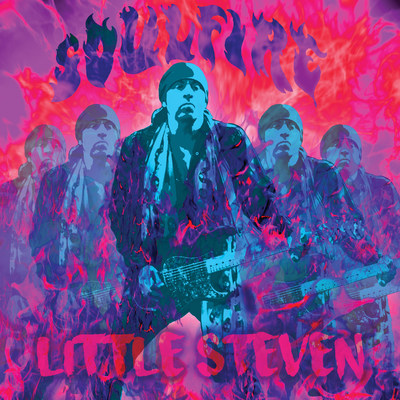 The title track explodes in to the speakers with that familiar E Street vibe powered by Van Zandt’s guitar and a vocal that occasionally reminds me of Tom Petty. It is easy to forget that he was a decent singer and front man himself in his early career, but he concentrated on supporting Springsteen and along with the other E Street members helped to provide the basis for some of the greatest rock music of the last 40 years.

Second track, ‘I’m Coming Back’ channels Springsteen vocally and contains a typical riff that no one else could play in the same way. Just as you recognise the guitar playing of Brian May or Mark Knopfler, so you instantly know when you’re listening to Little Steven. ‘Blues is my Business’ is already a six minute epic on record. Live, you just know it’s going to be a showcase for the band on stage to demonstrate their skills and it’ll probably last 12 minutes. You also know that the 12 minutes won’t seem a moment too long with the fantastic Blues Brothers type tune they have to work on.

‘I Saw the Light’ features an E Street style horn section that sounds amazing. ‘Some Things Just Don’t Change’ could be the mission statement for this album with a Springsteen style vocal and a tune that could easily have come from one of The Boss’ own albums of the 80s.

The thing is, it always sounds fresh despite the familiarity that being in the public eye for 40 or more years will bring. This is an artist who is loving his late career renaissance as a solo artist, safe in the knowledge that he would be able to go back to the E Street band whenever he wanted. The enjoyment he feels just shines through in every track in what is an incredibly consistent album.

‘Love on the Wrong Side of Town’ is probably the track that should lead off the album, a masterpiece of atmosphere that channels Meatloaf and Steinmann using the fantastic setting of Roy Bittan style piano playing and Van Zandt’s own pounding guitar. It’s definitely my favourite song on the album.

The following track ‘The City Weeps Tonight’ is an ‘Earth Angel’ style doo wop song that takes you back to the 1950s and showcases Van Zandt’s beautifully warm vocals. ‘Down and Out in New York City’ is ‘Shaft’ for 2017 and shows that Van Zandt can turn his hand to any style of music.

‘Standing in the Line of Fire’ has a guitar riff at the start that reminds me of ‘Ghost Riders in the Sky’ but then settles in to a Springsteen style cry of defiance about a man starting over, which probably reflects Van Zandt’s own feelings about this record.

The final track ‘Saint Valentine’s Day’ finishes off a fantastic album with another standout track that asks if he is still on somebody’s calendar. I tell you what, he is still on the calendar of anyone who loves great rock music. Little Steven is back and he’s still got talent to spare!