Optimism Is A Happiness Magnet 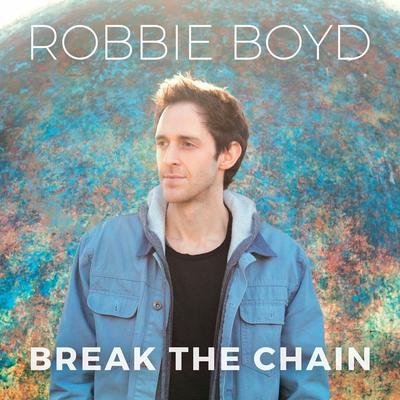 London-based singer-songwriter Robbie Boyd has released a sophomore album and it’s quite the gem. 'Break the Chain', released in June 2017, continues the journey of self-discovery that began on debut album 'So Called Man' but with greater conviction. The Passenger-esque vocal and soulful sound is still present but there’s now a greater sense of self-worth and optimism from the folk-pop chanteur. If you’ve attended a Robbie Boyd gig in recent months, you will have noticed this change.

Lovingly crafted and carefully assembled, the concept album is a satisfying collection of folk goodness. The album captures Boyd’s transformation, like a butterfly emerging from its chrysalis, via an exploration of the highs and lows of love and relationships. Presented in a mix of toe-tapping anthems, sensitive ballads and his notorious sing-along refrains, this is Robbie’s most raw and real collection of songs to date.

Over the course of the ten tracks, we’re taken on a captivating journey through an introspective and thoughtful chronological narrative. The album title, 'Break the Chain'¸ is a fitting choice. It's about standing up for yourself and breaking free from ill behaviours/character traits that can hinder your personal growth. As Boyd himself sings on track "Tender Man", ‘there’ll be no more running from who I am’. The songs are beautifully crafted, decorated with gorgeous melodies and thought-provoking lyrics.

The first song on the album and recently playlisted on BBC Radio 2, "Wondering", is a nice opener. It acknowledges that you can’t force people to stay in your life if they’re not ready to. That you have to move on and be open to new possibilities if you’re to ‘find [your] everglow’.

"All I Can Do" is the surprise of the album. The opening bars are a thunderous rumble of electric guitar and drums that brings a 90s-era rock edge to what is largely an ‘easy-listening’ heartfelt album.

"Round the Sun" seems to be an epiphany-moment song and it brings to mind the idea that everyone you meet plays a piece in the puzzle of your life. Sometimes you have to let go of the negative people in order to make room for something better.

"In My Eyes" expresses how hard relationships can be and the confusion of them. ‘I know me and you know you, so why do we keep resisting?’ It’s Boyd laying all of his cards on the table and tenderly captures that make-or-break moment of a relationship. You’re left with a sense of longing.

The standout track (and debut single from the album), "Hey Girl" is a delightfully uplifting anthem that talks about being true to yourself. It’s an instantly loveable and catchy pop song, free from pretence and full of joy. ‘There’s beauty in your grace, don’t let it go to waste. Defeat your fears’.

"Take it Slow" is a dazzling paradox with it’s rousing chorus that has a hint of Mumford & Sons. I first heard it last autumn at the Borderline in London when it was performed a week after it had been written. It was impressive then as it is now.

Boyd’s sensitive nature is confirmed on "Tender Man". The lyrics applicable to humankind in the current climate of fear, not just the self. 'I understand that we've all been hurt. Why do we keep hurting each other with words?’

"The Way You Move" is a sweet ballad infused with rich texture. It’s a grower and leaves you with a warm fuzziness like sunshine on your face. ‘There’s no coincidence in this life. If you look close, you’ll get the most beautiful moments you’ve ever known’.

The jewel in the crown is "Pictures". Boyd now understands who he is and is 'letting go of the chains I wrapped myself in from the past'. He’s going back to the person he was with a new take on life. ‘There’ll be no more giving my power away to anyone who makes me lesser than the whole I am’.