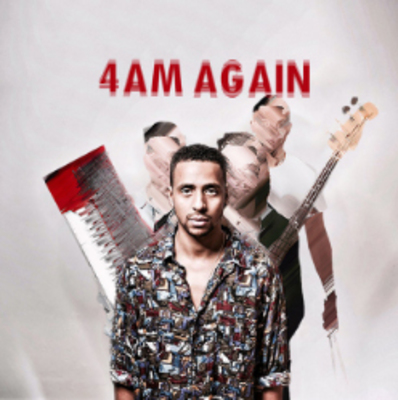 Over the last decade we have had something of an 80s revival. More recently there has been a nostalgic glance back at the 90s. With many of the bands from the period reforming for big money tour deals, the sounds that soundscaped the decade have slowly filtered back into contemporary records. However, we are yet to hear a band that borrows quite so blatantly from the slick R'n'B sound that dominated the charts so heavily as J & The Rest. Whether that is a positive or negative depends on how much you love Boyz II Men, Joe and Maxwell...

While those that remember the era will see that this is fairly copycat terrain, those younger listeners will find the sound fresh and new. This is no bad thing, and if it catches on, radio might once again become more varied and interesting again.

Lasting just four songs, the debut effort from J & The Rest is fleeting but ticks many boxes, even though it falls short on a few. Jamal, who is the J, boasts a smooth vocal that isn't without appeal but is not necessarily the most distinctive. Yet he puts it to good use on the EP's four tracks, shining brightest on the intimate 'Weary Love'.

The paint by numbers title track, '4 A.M. Again', is perhaps the most contemporary cut, but it is so predictable that it veers on boring. At the other end of the spectrum in the funky opener 'Kisses On The Mirror' which sees the band actually make moves away from previously trodden terrain to craft a sound that is a contemporary contender as it mixes a 70s beat with the 90s slick edge.

This is not a debut that will revolutionise anyone's tastes, but it is a strong start. J & The Rest need to solidify who they are and not borrow quite so heavily from their influences to really shake up the current radio scene.