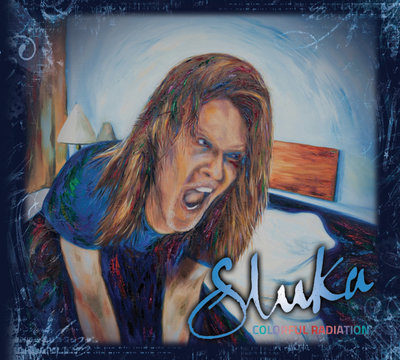 Christopher Sluka is a talented artist in many different ways.

Not only is he a spectacular musician taking the craft to a whole new level, but he’s an accomplished surreal painter and aircraft pilot.

Growing up all over the world after being raised in Washington, Sluka’s experiences around the globe has shaped who he is today.

Releasing 11 albums to date, including the critically-acclaimed 'Emotional Battlefield' and 'Interventions', Sluka started playing shows in the New York club scene. He is now based in San Diego, where he recorded 'Colorful Radiation', released June 1.

This album’s title suits it well. “Number One", one of the first singles, starts off with a ukulele, a very soft sound that sets a calm mood. It takes an unexpected turn halfway through, when it sounds more like an eclectic song from the 1970s.

“Rise", another phenomenal track from the album, comprises acoustics and catchy rhythms. As an entire compilation of Sluka’s music, 'Colorful Radiation' experiments with all kinds of emotions, making you feel one way one second, and completely different the next. It just goes to show you how powerful his music is.

Towards the album’s conclusion is “Metaphor”, a thoughtful way to wrap it up. When it comes to being a strong vocalist, Sluka nails it. His voice is characterized by an in-depth range associated ethereal artists from decades back.

While much of the album is reserved by nature, there are some twists and turns hidden at certain points. A great representation of Sluka’s abilities.