Sultans Of String Takes Down Borders With Multi-Culture Holiday Album 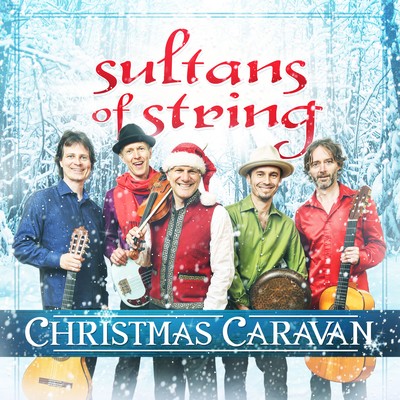 Sultans of String prove it’s never too soon to get into the holiday groove. This is easily one of the most ambitious holiday undertakings, a resurrection and reconstruction of songs not widely known but should be and hopefully now will be. The really savvy part is the way they inject so many snippets of seasonal flavors in the songs. Sultan’s of String’s “Christmas Caravan” takes the listener on a journey around the world and every musician involved brought so much inspiration and imagination to these holiday songs, showing us what a wonderful world it truly would be, could be. Listen and you will be taken on a truly musical and spiritual exploration. From start to finish the album is surprisingly refreshing and brings a stocking-full of interpretive skill to these holiday gems and upbeat numbers to keep any holiday gathering moving and swinging.

Sultans of String’s Christmas Caravan is culture mixing and genre bending without borders.