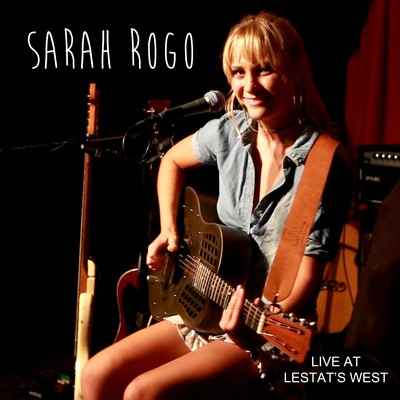 The electric guitar is the instrument of the boys' club. The greatest rock players are all men! Women are stuck in the world of acoustic guitar. Not only does it appeal to their softer, feminine side, but it also guarantees them some fame, because why would they ever be taken serious if they decide to plug in, right? Of course, that's all BS, the truth is that there are plenty of kick-ass female guitarists to choose from and we’re adding Sarah Rogo to the list.

Sarah was raised in New England but she moved to the beach town of San Diego, CA, less than two years ago (she even wrote a song about it called “Going Where the Weather Suits My Soul”) she quickly became a staple in the local music scene earning her a nomination for Best Singer-Songwriter at the 2017 San Diego Music Awards.

2017 also brought her to the attention of veteran artist manager and label owner Michael Lembo of Mike’s Management and Funzalo Records who met Sarah at a local songwriter expo and saw something special in her. If I can steal the words of her PR rep, “Sarah just shines all the time but put a mic in front of her and a guitar in her hands and she brings it to a whole other level.” Lembo signed Sara to his label and while she is busy writing for what will be her debut studio release (out in 2018,) Lembo decided to release a live album to give everybody a little tease of what’s to come from this young woman who channels old blues like she was a reincarnation of one of the pioneers of the genre.

Simply said, she tears it up with the skill of someone twice her age. Highlights on this live album titled “Live at Lestat’s West,” which this up and coming artist says is one of her “favorite rooms to play.”

The album includes some Sarah originals, the very bluesy yet uplifting “It’s Gonna Be Alright”, the very sweet sounding but serious “Oh My God”. While “Loving Her Tonight” showcases Sarah’s beautiful voice.
This blonde-haired beauty looks like that classic all American girl but when she opens her mouth she showcases her gutsy yet smooth-as-glass blues style. This is only the beginning of much more to come.