Definitely Not A Bleak House 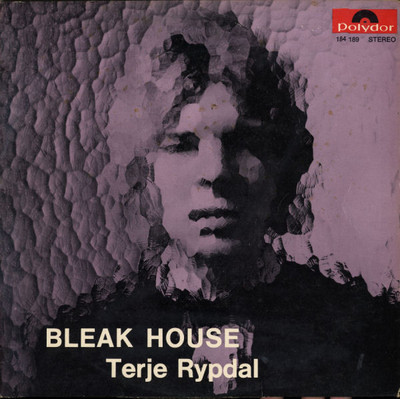 Terje Rypdal is a name very few of you will have heard of. I certainly hadn’t until the reissue of his debut album ‘Bleak House’ came to my attention. It was recorded in 1968 when Rypdal was a 21 year old and is being re-released on vinyl to celebrate his 70th birthday.

I decided to listen to the album stream not really expecting much from the promised mix of modern jazz and prog rock. However, within a minute or so I was utterly captivated by his masterful guitar playing.

The first track, ‘Dead Man’s Tale’ flows along from a Dave Brubeck style opening to a middle section that reminds me of incidental music from a sixties secret agent film before finally arriving at a Clapton style guitar solo without missing a beat. Rypdal is a Norwegian artist but like so many Scandinavian artists throughout the years he clearly looked outwards for a large number of his influences before blending them together in his own unique style.

The second track, ‘Wes’ is smooth as silk as it drifts along on a guitar that mines the same seam of elegiac melancholy as Mark Knopfler at his most chilled. The final track on Side A of the vinyl release is called ‘Winter Serenade’ and features three sections called ‘Falling Snow’, ‘Snow Storm’ and ‘Melting Snow’. It definitely tends towards the folk rock stylings of the time.

The title track, which starts Side B is a dark piece of music that talks about the singer trying to live a good life but now knowing he was wrong. Rypdal has a fairly good voice, but to be honest the lyrics add little to the song and it is only later that the guitar work really starts to take the songs in to more unsettling areas. Rypdal even adds a flute solo which is totally at odds with the way that the instrument comes across.

‘Sonority’ is probably the most traditional jazz track on the album. It has the feel of a late night jam session in a smoky club and draws the listener in as it steadily works its way in to your head.

The final track ‘A Feeling of Harmony’ brings a chilled out album to a suitably mellow finish with an acoustic track that allows all the instruments space to breathe. It really is a quite exceptional piece of work for a 21 year old, and it has whetted my appetite for more of his work.

Unfortunately, his records are generally in short supply and correspondingly expensive. The vinyl reissue of this particular album is priced at £25, good value no doubt for his fans but likely to put off the casual buyer. It would be great if the record company could also release it on CD and potentially introduce more people to this largely unheralded guitar genius.