A Journey Through Prejudice 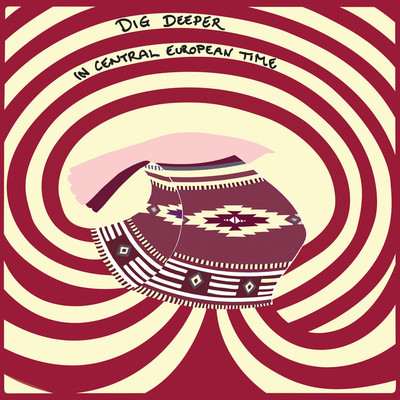 Another day, another Scandinavian group! It seems that a disproportionate amount of the most engaging and thought provoking social and cultural commentary is coming from that area of the world.

The latest group to make music that makes you think is Dig Deeper with their album ‘In Central European Time’. It tells the story of a refugee making the dangerous journey to Europe, so it’s fairly safe to say it won’t be on sale at certain party conferences!

They were moved to put this record together by what they saw as Norway’s inhumane policies regarding refugees. With that political background outlined, it is time to assess the music itself. After all, an album can only be truly successful on its own artistic merits, however worthy the message may be.

The opening guitar riff of ‘How Can I Be Certain’ is reminiscent of a chilled out U2 with Einar Kaupang’s vocals even sounding like Bono in places. It asks the question, ‘How can I be certain I’ll see you in the afterlife?’, calling attention to the desperation of refugees who in most cases know they are leaving their friends and family for ever. It also, perhaps, calls in to question whether their religion is indeed going to deliver everything that it promised.

‘Stars Tonight’ with its Dylanesque vocal performance is a really effective rock song with great work from the band and Kaupang’s insistent vocals drawing it all together.

I absolutely love ‘Don’t Ask Too Much’ with its Pink Floyd style melodies topped off by another powerful vocal performance. It reminds me of ‘Automatic for the People’ as the song progresses. I think that Michael Stipe himself would be proud of the song as it mines similarly wistful recollections of life before the dangerous journey across continents. The end of the song talks about a police car in the driveway which is the catalyst for the flight of the central character of this album.

‘Hey’ is a song that seems to stray in to Dire Straits territory with its melancholy guitars and regrets. Initially it seems a little forgettable but it slowly takes hold of the listener as it develops throughout its eight minute playing time and becomes a song of quiet beauty.

‘The Ticket’ is, on the surface, a song of quiet celebration as the refugee finally gets his ticket to freedom. We don’t know how much he has paid or what he may have done to get that ticket, but it is the beginning of a new life for good or bad. Underneath, though, there is a sense of fear, perhaps of being caught or perhaps of what waits for him.

The final track ‘Sky Brown Sky’ incorporates sitars and guitars as it builds up a wall of noise that perhaps mirrors the confusion of the new refugee arriving in the ‘promised land’ only to be faced with more displaced people from many other countries and conflicts.

In essence this is a highly political album, but not one that hits you over the head with the message. Musically, it is an album that is constantly intriguing and will definitely reward more than one listen.