Reflecting An Individual View Of The World 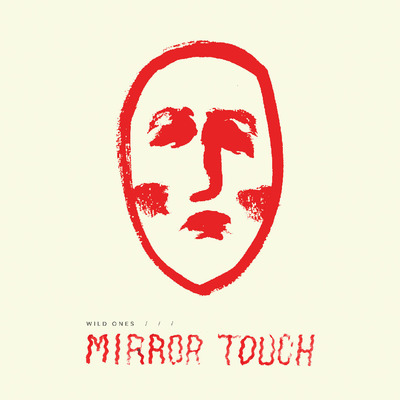 The Wild Ones debut album ‘Mirror Touch’ starts with the bouncy ‘Paresthesia’. It has a lovely off kilter vocal that reminds me of a darker version of Clare Grogan of Altered Images. The track title refers to the medical term for pins and needles that happens without any apparent cause, whilst the album title itself refers to the condition mirror touch synaesthesia which is the sensation of being able to feel a physical sensation purely from watching another person.

It sets the tone for a very different album from a very different group. ‘Invite Me In’ sees lead singer Danielle Sullivan moving from an ethereal whisper to a powerful defiance as the song progresses. The lyric ‘I don’t open my door to anyone anymore’ seems to be a reference to the detachment and confusion of identity that this album explores.

In ‘Standing in the Back of your Show’ there is a hint of the melody from Dream Academy’s ‘Life in a Northern Town’. It has a stripped back musical accompaniment that really works well with Sullivan’s confident performance. I wondered while listening, whether she was standing at the back of her own show as her detachment grew.

‘Night Shift’ is an instrumental that seems to mark time in an album that had, up till then, showcased Sullivan’s utterly fascinating voice. Accomplished though the musicianship is, this is undeniably a band whose success depends upon their vocalist.

After that break, however, the next section of the album is excellent as ‘Wanna Be Your Man’ with its confusion of identity between the artist on the stage and the person in real life leads to a creepy sense of being stalked by the man of the title.

The next track ‘Love and Loathing’ seems to continue the theme as Sullivan sings ‘Infatuation is so hard to hide’. ‘Forgetting Rock and Roll’, which has more power musically and vocally than the previous tracks, has Sullivan talking about music being the ‘Only thing I know’.

She then talks about playing on the stereo and having her name on the marquee but not in a triumphant way. It is almost as if she has been trapped by her talent, but if she didn’t have it she wouldn’t really be the person she needs to be.

The final track is ‘No Money’ which talks about being controlled by danger and desire when the acquisition of money is all that guides your actions. It is a suitably introspective ending to a very introspective album. It is definitely one you need to listen to more than once, preferably with a lyric sheet and perhaps a working knowledge of psychiatry!

It is a record that challenges the listener to engage and never lets you off the hook. If you want to get the most out of this record you need to put the work in, but it’s definitely worth it.