MY BABY Live At Dingwalls 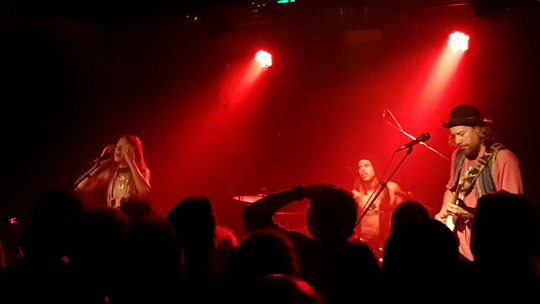 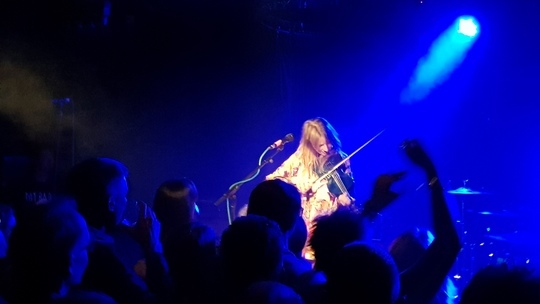 MY BABY don’t really sound like anyone else - their blues-based sound takes elements of funk, psychedelia, classic rock, country, even trance, and mixes it all up into a hot mess that just works.

For a three-piece playing everything live, this Dutch/Kiwi band have an amazingly full sound - driving drums and bluesy slide guitar form the backbone, from Joost van Dijk and Daniel ‘Dafreez’ Johnston, respectively. Creative use of effects adds a pretty cosmic element, and their front-woman Cato van Dijk (Joost’s sister) on bass/vocals can only be described as a sultry force of nature with an incredible, soulful voice.

All of this analysing is really missing the point though - these guys just make you want to dance. In a world that often feels like it’s tearing itself apart, live music can be a cathartic, recentring experience... if you want to go see a band, shake your ass, forget about your problems and leave with a massive grin on your face, you should really just go and see MY BABY. I’ll definitely be catching them again next time.