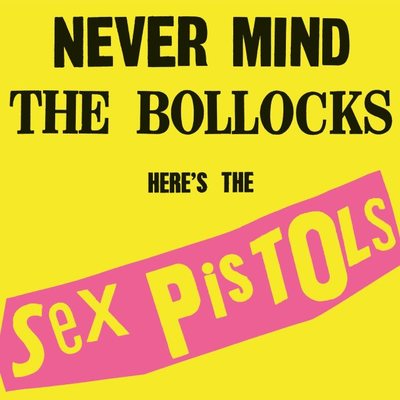 As L.P. Hartley said ‘The past is a foreign country. They do things differently there.’ To get a picture of how ‘foreign’ the UK was like in 1977 you can look at the number ones of the year.

David Soul from TVs ‘Starsky and Hutch’ had two, as did ABBA. The year started out with veteran American crooner Johnny Mathis at the top with ‘When a Child is Born’ and finished with Wings strumming and piping their way through ‘Mull of Kintyre’. In between, artists like Leo Sayer, Kenny Rogers and Brotherhood of Man topped the charts.

The highest rating TV shows of 1977 included Mike Yarwood, Morecambe and Wise and Benny Hill plus middle of the road comedies like ‘Doctor on the Go’, ‘George and Mildred’ and ‘Robin’s Nest’ while Miss World’s brand of breath-taking sexism (by today’s standards) was popular enough to be in the Top 20.

Technology in most British homes consisted of colour television and the incredibly expensive and bulky VHS video recorder. In that year Kenny Dalglish became Britain’s most expensive football transfer at £440,000. Football was played in front of the working classes in stadiums where terraces were accepted and hooliganism was common. It was this hooliganism that was really the only indication that there was an anger and aggression under the restrained ‘stiff upper lip’ surface. It was a deeply conservative society even with the Labour Party in charge.

Then, thrown in to this mix like a grenade, the punk movement exploded in to the public consciousness with the Sex Pistols at the forefront.

‘Holidays in the Sun’ gets the ‘Never Mind The Bollocks’ album off to a snarling visceral start. ‘Bodies’ retains its power to shock even 40 years on with its unflinching storyline and anger. In just two tracks all of the other white noise surrounding the original release created specifically by Malcolm McClaren is blasted away and you’re simply left with a punk band with anger, a certain way with lyrics and arguably the most charismatic lead singer of the entire punk movement.

Johnny Rotten channeled hatred and despair into his uncompromising singing style. With most punk bands you can look back with a bit of a smile at the manufactured anger and determination to shock, but with Rotten to the fore there is no room for smiling.

This would be a controversial album now, but 40 years ago it just horrified the establishment and delighted its fans. ‘God Save the Queen’ is just a fantastic song. It baited the country successfully in the Silver Jubilee year, but beneath the knowing controversy there is a powerful song of alienation and despair that ends on a constant refrain of ‘No Future’ which is as applicable to swathes of young people now as it was four decades ago.

Other standout tracks on the album are ‘Anarchy in the UK’ which reflected the nihilistic sub culture of punk with its snarling threat to the established social order. ‘EMI’ a song poking fun at their erstwhile record company who dropped them after the Bill Grundy controversy where they swore on prime-time television. As the lyrics say ‘And you thought that we were faking. That we were all just money making. You do not believe we're for real.’ Malcolm McClaren might have been money making but the Pistols were definitely for real.

After a knockabout film ‘The Great Rock ‘N’ Roll Swindle’, which Rotten wisely avoided, tarnished their brand, their reputation as chancers who were in the right place at the right time grew. This wasn’t helped by the ‘Filthy Lucre’ tour even though it somewhat resurrected their reputation as a decent group, because it looked like they were selling their reputation too easily. Rotten then made the move in to lucrative Country Life butter adverts with a certain amount of tongue in cheek flair.

The upshot of all of this was that the sheer power of their only album was forgotten. As with all deluxe albums this collection contains some interesting extras that are worth listening to once, but for all but the most committed fans it is the original album that will be played again and again. It is an undeniable classic of any genre.