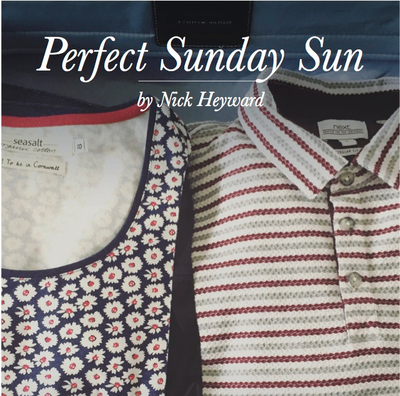 New Wave heartthrob and Haircut 100’s front man Nick Heyward, had a great year. He recently co-starred in the Channel 5 show ‘Celebrity 5 Go Motorhoming’, which saw him touring the UK in a campervan alongside celebrities such as Lesley Joseph, Melvin Hayes and Cleo Rocos. He went on to perform for BBC 1 Children in Need at Wembley Arena. To top his come back to the scene, his critically acclaimed new album ‘Woodland Echoes’ entered the UK Independent Album chart at number 4 and was praised by the likes of The Observer, Uncut, Mojo, to name a few.

Nick's new single ‘Perfect Sunday Sun’ is the perfect example of bucolic pop, a more uptempo offer compared to the rest of the new album, is the perfect soundtrack of an endless English summer’s afternoon, if only we could go back to summer time!