In A Winter Light

Definitely Not A Pointless Christmas Album 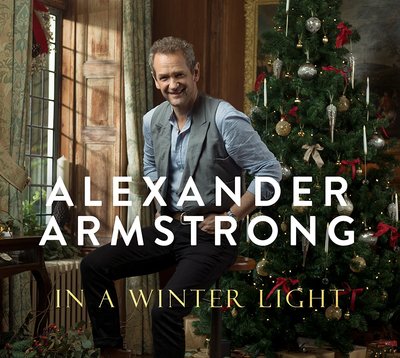 In A Winter Light

It’s that time of year beloved by record companies and streaming sites. As Noddy Holder so succinctly put it; ‘It's Christmaaaaaaaaaaaaaaaaas’!! For many music lovers though, it’s a time when they let loose their inner Scrooge as artist after artist makes a Christmas album.

Occasionally a really good track slips into the mainstream, but generally the albums play it safe with familiar tracks delivered in a familiar style or, even worse, reinterpreted! It’s a minefield for even the most discerning. However, it’s Christmas, you need a present for your Mum or your Grandma and to your wondering eyes appear a Christmas album from that guy who presents Pointless. ‘Yes’, you think, ‘My Grandma loves that show. This’ll do. I’ll give it to her when she comes over tomorrow!’

She comes over and you play the dutiful grandchild handing it over with a smile. Then you hear the fateful words, ‘Ooh, let’s play it then!’, and realise that for the next hour you’re going to be listening to Alexander Armstrong’s ‘In a Winter Light’. You wander which Christmas Alan Rickman you will channel. Will you take over a skyscraper? Will you decree that Christmas is henceforth cancelled? Will you buy your lustful co-worker a £280 necklace and get your wife’s hopes up before dashing them with Joni Mitchell? It’s time to find out.

The first thing to say is that Alexander Armstrong is a technically excellent singer with a really good tone to his voice as befits a choral scholar at Cambridge University. His rich baritone is a very effective vehicle for Christmas songs, carrying as it does warmth and power as he tackles a set of songs, both familiar and unfamiliar. He also has an eclectic taste and dismisses the idea of ‘cheesy’ Christmas songs as patronising. To this end he includes medieval carols and more familiar tunes alike, trying to find something different and new in each song he tackles.

In many cases he succeeds. For example, ‘Winter Wonderland’ uses a big band arrangement which a lot of jazz aficionados may enjoy as they hear the different instruments bring a Spector-lite wall of sound to the song. He teams up with Jools Holland on an unfamiliar track, to me at least, called ‘Little Girl Blue’. The original track was by Nina Simone, and covered by Janis Joplin, and is included here because it contains a pastiche of ‘Good King Wenceslas’. In fact, it is not a Christmassy track at all as it tells the story of a young child with very little in her life and little to look forward to. It is heart rending and beautiful and gives a welcome balance to what might otherwise have become a typically schmaltzy Christmas album.

‘Silent Night’ suffers from a familiarity that borders on contempt after hearing it sung by children, choirs and classical crossover stars year after year. Whilst Armstrong doesn’t do anything really different his baritone gives it a forceful feel that we might not immediately associate with the carol. Perhaps my favourite track on the album is the ‘Christmas Song’ where Armstrong’s voice seeps warmly out of the speakers like Christmas hot chocolate.

So, there you have it. If you buy it for someone else and have to listen to it the worst that will happen is that your co-worker will get lucky in the Secret Santa! If you love Christmas music and buy it for yourself you will find a refreshingly different and rewarding Christmas album, perfect for the long festive evenings.