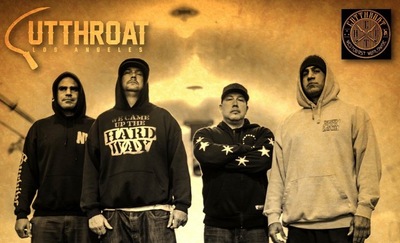 Motivated by the streets and surrounding political and religious chaos, CUTTHROAT LA uses a mixture of hardcore, beatdown, 90s hip-hop and thrash metal as a canvas to express their music. The song 'Religion Breeds Violence' is from their upcoming album due out spring 2018 and produced by Rogelio Lozano (Downset, Powerflo) and Billy Graziadei (Biohazard, Powerflo.).

The band will kick off their South American tour GO MOSH! with Brazilian hardcore band WORST in January in Varginha Brazil.