Dessa Strikes Harder With ‘5 Out Of 6’ Music Video 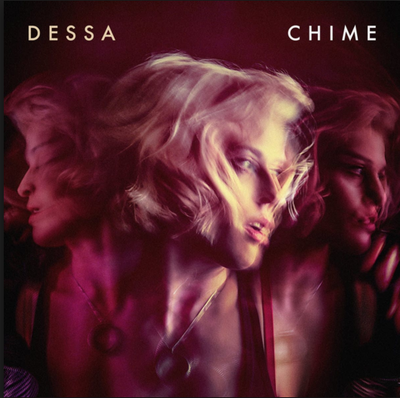 ‘5 Out Of 6’ is one of (if not ‘the’) the standout tracks of Dessa’s latest and recent album ‘Chime’, which is why it clearly deserved its own music video.

The track itself was darker than the other songs featured on this album. More serious lyrically, more worrying instrumentally, it is quite far away from ‘Shrimp’ or ‘Boy Crazy’.
The music video enforces that idea, presenting different versions of Dessa: an assertive, confident one versus a nervous and unsure one. The first shown on screen is the confident form, getting ready in her dressing room in a flashy red top. Fixing her hair, taking one last look at her outfit, we can tell she is to perform soon and looks unshakeable about it. Every detail at this particular stage of the video leads us to believe that nothing can bring her down. However, a few seconds after she finally decides to step out to walk in a long narrow red-walled corridor, an anxious look on her face appears, and a complete different sequence of the film is shown. The use of white is suddenly predominant and the room she is standing in seems much wider: the nervous and unsure Dessa has arrived. She is given a map of the place she’s in, which actually turns out to be a maze. Panicked, she starts running around, trying to get out. The video is then compiling frames of the two different Dessas, making us understand that the “white version” is representing the inner and hidden version of her.

The main message of this video seems to be the following: while Dessa shows a confident exterior, she is actually hiding a much more sensitive side of her personality – a fact about herself she is shamelessly and perfectly depicting to her audience musically and visually.