Nothing As It Should Be

Read more
REVIEW album the 131ers Nothing As It Should Be 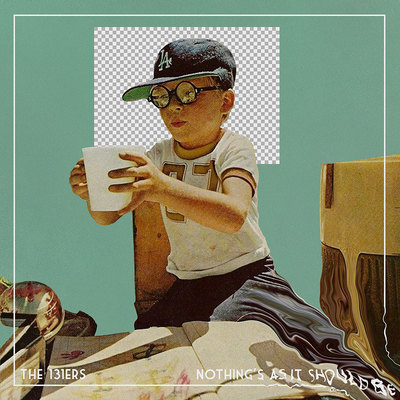 Nothing As It Should Be

First let’s talk about the name - the name of the band comes from an error in early MP3 tagging technology. These files carry data including title, artist, album, and more. The genre tag options were severely limited, and many artists found themselves unable to fit neatly into any of the boxes they could check. Several of these artists would leave the field blank, generating an error displaying “131” in the genre column of music playing software. As a child, the 131er's frontman Kaleb noticed that several of his favorite artists carried this error and would later go on to call their sound “indie rock", 131 later became the shortcode to define this genre in MP3 tags.

‘Nothing As It Should Be’ is the 131er's follow-up to their 2016 debut, self-titled album. The 20-something foursome recorded mostly in their self-built warehouse studio in Torrance, CA. Taking the DIY approach from the songs, recording process to the making of their videos, they also enlisted a couple other local musical talents, Vince Walker (Suburban Legends) and Ryland Steen (America) to help produce a few of the songs.

‘Nothing As It Should Be’ is a collection of songs with monumental riffs and hooks so effortlessly conversational that they beg for sing-a-longs. Frontman Kaleb leads the band with his intoxicating vocals, think Chris Martin with a more youthful indie-pop edge. The 131ers deliver passionate, heart-rending, genre-bending music with sweet melodies and a dance your ass off side dish.

The eleven songs that make up ‘Nothing As It Should Be’ are well enough fleshed out to hold their own, but the songs all come together to create a cohesive collection of captivatingly harrowing pop music. Dance beats, indie rock, pop sensibilities and thoughtful lyrics married together to create the ultimate set of songs.

Starting off with the lyrics of “Crazy” that ran through my body like a shot of adrenaline. The twin vocal harmonies in “Don’t Wanna Go” blend perfectly, then there’s the melancholic double-edged love-song “Ballerina", and “Face On" will likely leave you doing some weird dance moves. That’s just to name a few there is so much more to enjoy as you explore the songs on the album. From start to finish the album is filled with authentic experiences and emotions.

The 131ers serve up soulful rock tendencies and deliver wanderlust and romanticism through their brand of unique indie rock. The new album features songs that capture the frustration and confusion of young adulthood in an age unlike any other in recorded history, but with a backdrop of put the top down and turn it up loud rock n’ roll. It’s a melodious collection of hope and heartache that brings the vibe of summer even during the coldest months of the year.
There’s a positive urgency in this record, one that lies in the heart of every person who has looked longingly out their workplace window at the cars on the road with dreams of endless pavement under blues skies in their eyes, and each track comes across with significant effect.

Throughout the listen to the 131ers, one hopes they have stumbled upon the next big thing, the band has crafted a universally-relatable release that should strike a deeply personal chord with anyone who really listens to these songs. The 131ers are a perfect example of how powerful music can be created when you don’t conform to any one genre. It’s time to get on board with the 131ers.