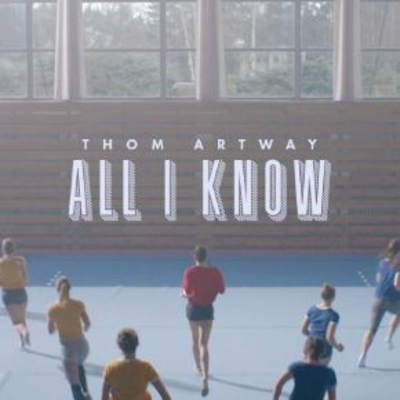 With a first EP published in 2013, which was closely followed by a full album, it is finally time for young singer/songwriter Thom Artway to conquer the world with the release of his first international single ‘All I Know’. After dominating the Czech charts for nearly two years with his latest single ‘I Have No Inspiration’, the 24-year-old musician is set to break his record on a larger scale.

In this new opus, Artway surfs on a Mumford & Sons songwriting style, mainly resorting to acoustic instruments and lively folkloric beats. Just like the British band, the Czech singer is good at creating nostalgia through dreamy melodies – but mostly succeeds in doing so by putting an emphasis on love and relationships’ complexities through touching and meaningful lyrics. With powerful verses where the singer’s voice almost breaks, he lists the risks of being unavailable or toxic for loved ones – but comforts his audience in the choruses by repeating love can be found anywhere, as ‘love is all around’.

To complete this soon-to-be summer hit, the singer has already released the music video, featuring the talented Czech gymnast Anna Sebkova, where a love tale between Thom and her is beautifully depicted.