The Metamorphosis Of Francis Fahrenheit 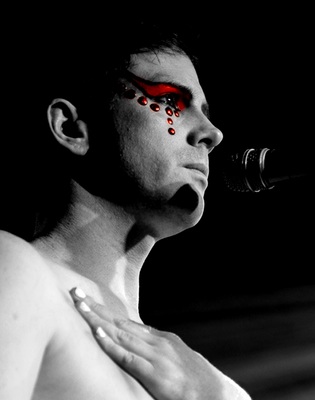 The Metamorphosis Of Francis Fahrenheit

While Singer/Songwriter Brett Howell’s performing persona is primarily acoustic; the recording studio - under his alter ego of Francis Fahrenheit - allows him to explore the limitless twists and turns of his sonic imagination beyond his appeared comfort zone: a bit like Neil Young circa his maverick 1983 ‘Trans’ album.

Using the novella ‘Metamorphosis’ by Franz Kafka as a key inspiration, Brett certainly displays his diverse range of songwriting with his latest offering, ‘The Metamorphosis Of Francis Fahrenheit’ which is all about the reflective journey of the eponymous hero. Box-ticking influences: Kraftwerk, Can, latter-day Floyd and Nine Inch Nails are all prevalent as well as an intense sci-fi/tragedy sensibility like that in ‘1984’ (‘Been Here Before’) and Marlowe by way of Marvel Comics (‘Mephisto’).

Functioning like the prog rock album classics of yore such as ‘The Lamb Lies Down On Broadway’ by Genesis and ‘Clutching At Straws’ by Marillion, where ‘a character’ is more than central to its narrative; the album really gets going with the inviting ‘Step Inside My Mind’ which is warmly nostalgic with analogue era synths. It is soothing enough to prepare us for the bombastic ‘My Life In The Bush Of Ghosts’ feel of the disorientating ‘Schizophrenia’ where the clocks are forever showing the wrong time. This sets the scene for the parable-like intensity of the rest of the album: of which a significant part contains particular songs which are like homages, appealing to any fanboy’s inner chin stroking geekiness - which is brilliantly acceptable in my opinion. After all, a few of the Tom Baker era ‘Doctor Who’ stories were directly inspired by seminal early sci-fi novels and films. Dylan and Led Zeppelin built their respective early careers by resurrecting old blues and folk numbers.

‘The Boy With X-Ray Vision’ is like Kraftwerk’s ‘The Hall Of Mirrors’ re-visited but with a more pragmatic edge, as the determined boy aka Francis Fahrenheit has the “future in his eyes”. ‘The Jagged Edge’ is cinematic enough to evoke a ‘howling at the moon’ dilemma like that of the main character in ‘An American Werewolf In London’. The Peter Hammill-like ‘Been Here Before’ has a beautifully incongruous allusion to the Bow Bells nursery rhyme ‘Oranges And Lemons’, and functions like the musical fulfilment of the aforementioned ‘1984’ - where said rhyme weighs heavily on Winston Smith’s inner turmoil, but in FF’s case, it provides light relief. ‘The Gate Of Many Sorrows’ and ‘The Storm Inside My Heart’ (with added Scott Walker strings) weigh heavy with futuristic despondency like The Stones’ ‘2000 Man’. The final track ‘Metamorphosis’ lyrically depicts Brechtian slogans with a touch of Prince’s ‘Sign O The Times’, revealing our hero’s supposed final transience. However, the song’s ominous instrumental backing hints that he might well end up back where he started: up the proverbial without a paddle.

Like Kafka’s story, ‘Francis Fahrenheit’ is empathetically about the many stopping-off points of the human psyche. The plethora of touchstones that Brett uses show a cerebral well-structured appreciation of the dystopian musical and literary past and present without pandering to any ‘retro’ leanings. Life is a journey not a destination. His hard work has definitely paid off.