We Are Leif Are Ready To Expand Beyond Jazz Borders 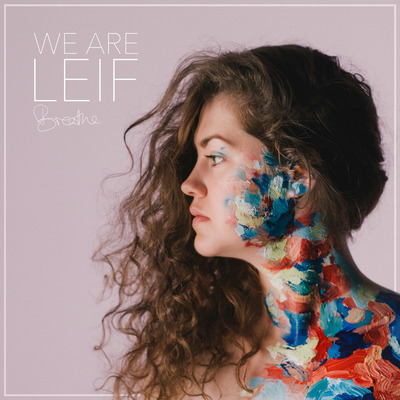 Led by the songwriting team of vocalist Louise Victoria and drummer, Mark Whitlam, We Are Leif deftly span the balance of jazz sensibilities with the groove and sound more associated with down-tempo genres like Neo-Soul and R'n'B. Louise's voice sits comfortably alongside the company of Gretchen Parlato and Becca Stevens. Musically there are nods in the direction of Erykah Badu and Jill Scott whilst retaining a classic Bristol sound, steeped in the history of bands like Portishead, Massive Attack and Lamb.

A chance meeting of vocalist Louise Victoria and drummer Mark Whitlam at a gig led to a conversation about the frustration of wanting to stretch out musically in a different direction. This direction was looking towards New York's contemporary, groove-based, jazz-infused musical scene, whilst not forgetting the UK influences.

From there, Louise and Mark began writing together and assembled the band with one of Mark's long-time collaborators, Dale Hambridge on keyboards and piano, completed by Chris Jones who recently moved to Bristol and has made waves on the local scene with his bass playing.

All four band-mates are established jazz musicians, so improvisations taking flight within a song are never far away. Between them, they span a wide musical landscape, having worked with the likes of ECM artists Andy Sheppard and Iain Ballamy, Joss Stone, Beverley Knight, Jason Rebello, Ruarri Jones, Clare Teal and Type Sun.

The debut album ‘Breathe’ is due in September.