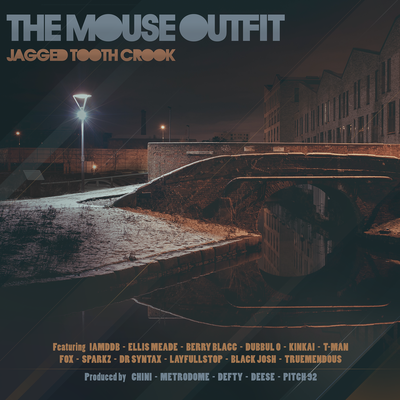 With over 29 musicians, vocalists and producers involved in the album (including Blue Note’s Ashley Henry and the Cinematic Orchestra’s Sam Vicary) this is their most ambitious project to date.

The lead single from the album (I Wonder - feat. IAMDDB& Fox) has already clocked up over 1 million views on Youtube. Production has been overseen by the band founders Chinin and Defty with help from synth wizard Metrodome (LEVELZ). Contributions have also come from the band’s drummer Deeseand Pitch 92(High Focus).

This album retains the trademark head nodding beats of the band’s previous releases, but on 'Jagged Tooth Crook', The Mouse Outfit’s jazz and soul influences are even more evident. In truest form Chini and Defty have sought out a new generation of talent to collaborate with... four tracks from last year’s breakout soulstress IAMDDB (winner of the breakthrough act of the year award at Gilles Peterson Worldwide Awards 2018), and a roster of Manchester’s most talked about rappers and singers, including Kinkai, Berry Blacc, Ellis Meade& Dubbul O, T-Man and Layfullstop. Long time collaborators Fox, Sparkz, Dr Syntax& BlackJoshare also present alongside Birmingham based TrueMendous.