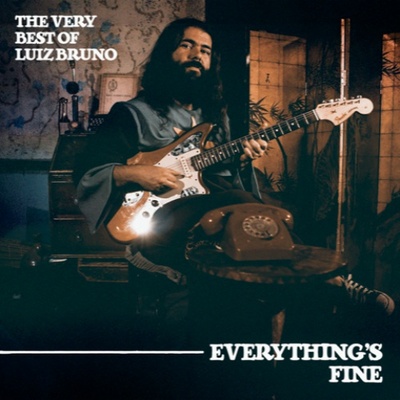 After last year's debut double A- side ‘Yeah’ / ‘Words Are Not Reality’ where Luiz Bruno combined the humour and witticisms of the late great Frank Zappa along with a sound that brings George Clintons Parliament and Funkadelic vibes straight into 2018, the Brazilian native based in London is back with a full length album and two fresh new videos.

Recorded in a period of one year in Archway, North London, the new album is called 'Everything's Fine' and consists of 12 songs (including 'Yeah' and 'Words Are Not Reality') and was mixed and mastered in Brazil. The new songs combine psychedelic rock and 80s new wave influences while the lyrics deal with the mind, shamanism, self-doubt, madness and other psychological issues that are very relevant in today's anxiety riddled modern world.

The first single is called 'Mental' and was written in mid 2017 and is about feeling completely overwhelmed by the madness perceived in a world going through dark times. The video was shot in Margate and produced once again by DogBrain videos who have already worked on last year's 'Yeah' single.

The second single is 'The Ballad of Cool Lane' and is a gentle, melodic space ballad about magic, the streets of London, spirituality and hope.

Luiz definitely has his own unique flavour and style and his often bizarre personality is stamped on the album throughout. Future cult classic.