When Flowers Could Dance 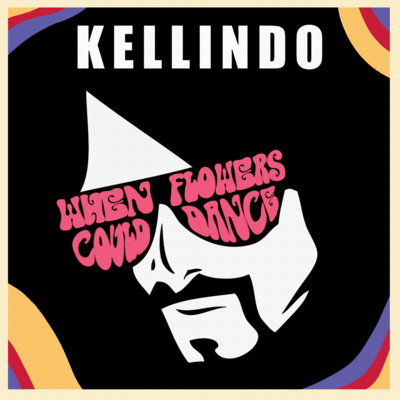 When Flowers Could Dance

“When Flowers Could Dance” features a stroke to the heart and a punch to the gut sound that listeners are bound to fallen in love with. Where soul meets rock ‘n’ roll with a high level of legitimacy and authenticity for a fresh and inimitable sound filled with complex structures and catchy melodies, spontaneity and energy.

So, who is Kellindo? His name may be new to you, but chances are you have heard his blazing guitar skills and some of his songs on the radio. He started young and his childhood was unique and filled with music, singing opera in the Children’s Choir at the Metropolitan Opera House at Lincoln Center from ages 9-12. With musical influences in the family, Kellindo’s uncle Maceo Parker made a name for himself for his work with James Brown in the 1960s, as well as Parliament-Funkadelic in the 1970s. Parker was a prominent soloist on many of Brown's hit recordings, and a key part of his band, playing alto, tenor and baritone saxophones. So, it’s no surprise Kellindo went on to study jazz guitar as well as classical and jazz music history at the Manhattan School of Music.

As word started to spread about the up and coming guitarist, his uncle Maceo Parker asked him to join him on a world tour as his lead guitarist. Upon his return, he started working with Grammy nominated artist Janelle Monae in 2006 and has not looked back. Their collaboration has led to many successes. Originally brought on to be her lead guitarist, Kellindo also became a collaborator and co-arranger on song “Many Moons” from the Grammy nominated Metropolis album, he also co-wrote “Mushrooms and Roses,” “Come Alive” and “Dance or Die” from Monae’s Archandroid album. In 2013 Kellindo’s songwriting continued to flourish when he co-wrote “Q.U.E.E.N,” “Sally Ride,” “Victory,” and “We Were Rock and Roll” from Monae’s critically acclaimed album Electric Lady. While Kellindo still works and tours with Monae, he has also established himself as a successful songwriter, recently signing a publishing deal with Sony.

Kellindo’s debut as a solo artist “When Flowers Could Dance” takes us back to the glitter days when music was all about monstrous riffs, boisterous attitudes, high energy experimentation and fun.