Sofia Evangelina - This Is Your Song 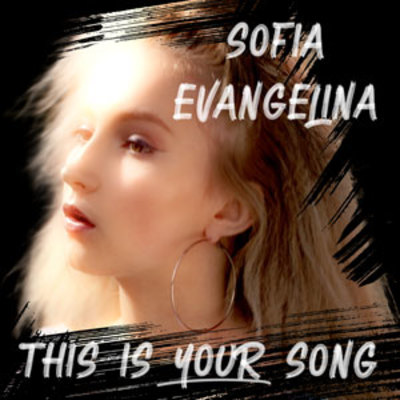 Up and coming pop sensation Sofia Evangelina has just released ‘This Is Your Song’. A track which would not sit out of place on an album from any of world’s most efficacious pop stars. At just 15 years old, Sofia is fast becoming a global pop-phenomenon with millennials already flocking far and wide to have a piece of the cake.

‘This Is Your Song’ stands up impeccably for the youth generation but also remains current for listeners of any age. The track brings encouragement that anything can be achieved if ‘You Stand Up’. In addition to this, the track has a distinct ‘Stay Strong’ theme which leaves you with an uncontrollable itch to click replay. Furthermore, ‘This Is Your Song’ could brighten even the darkest of days and Sofia’s heavenly and confident vocals cut through effortlessly.

Since Sofia Evangelina broke onto the music scene, she has advanced enormously with every release. Each track just keeps getting better and better and Sofia keeps on giving what so many crave. Following the success of her cover album ‘Butterfly’, Sofia has undoubtedly evidenced her musical ability and with this original release following in the same direction, she is effectively knocking on stardoms door.

Overall, Sofia Evangelina’s phenomenal talent has always been undeniable. She has a way of creating her own unique style whilst still keeping influences from global super stars like Ariana Grande.

If this release is anything to go by, 2019 will be a very kind year to young Sofia.