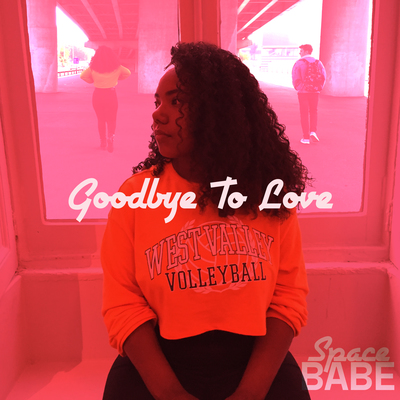 Space babe just keep on giving and this up and coming Manchester pop band have given everything with their latest release 'Goodbye To Love'. The track which carries a soulful pop theme could warm you up even on the coldest of December days.

This charismatic new release kicks off with a rhythm section tighter than spandex and a sweet lead guitar echoing throughout. Impeccable vocals then follow and a flawless vocal performance is delivered from lead singer Nicole Battick. Nicole’s vocals really hit home with strong emotion. She delivers her story in faultless fashion. ‘I Am Just Saying Goodbye To You’ expresses that love never really is gone and even though a relationship may have ended the love will never be lost.

One thing is for certain, my love for this track will not be lost. This attractive track captivates the listener from start to finish. That being said, it appears that ‘Goodbye To Love’ is just the beginning of many more releases from Space Babe who are currently in the studio recording more songs to be released in 2019.

Manchester has always been a great place for new music and it seems that Space Babe have followed suit with their Manchester predecessors by creating stand out music. With influences from The 1975 and Paramore, this band have taken influence yet kept true to themselves by carving a unique sound of their own. It is great to hear a band taking a different route yet staying commercially relevant.

You can find them playing in and around Manchester over the next few months.