A Step Up In Class 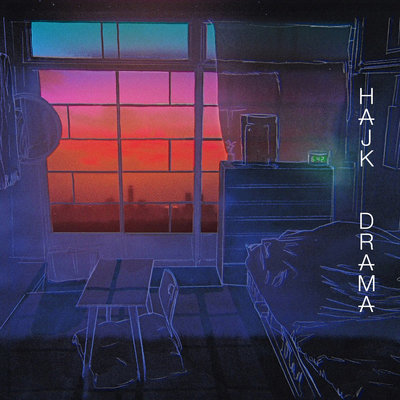 Hajk’s second album, ‘Drama’ starts off with the psychedelic sounds of ‘Keep Telling Myself’. Preben Andersen’s vocals play lightly with a tune that is deceptively catchy as he tries to come to terms with the possible loss of a relationship that he thought was for ever. By the end the listener is hooked on the story and the performance.

‘Get it Right’ features the ethereal vocals of Sigrid Aase who beguiles the listener as she proves the equal of any other female singer of recent years. The song itself is a lovely tune that instantly brings a lightness of heart to anyone who listens to it.

‘Dancing Like This’ takes the tempo up a notch with an 80s inspired track, again with Aase’s superb voice to the fore, that reminds me of Olivia Newton John’s ‘Landslide’.

‘Sorry’ with Preben Andersen on vocals is a superb slow track that has a touch of Peter Gabriel’s brilliance on ‘Don’t Give Up’. The lyrics are simple, gorgeous and very affecting. He continues with the lead vocal duties on ‘Time to Forget’, a marvellous song that is probably the highlight of the album. He tells his lover that he doesn’t to know about their past, but to move forward. It is an utterly brilliant track in every way.

‘Breathe’ reverts to the soaring voice of Sigrid Aase who knocks her vocals out of the park. Andersen is a singer who can mine a song for all its hidden depths and he finds a seam of gold with another tender and heartrending song, ‘As Loud as it Gets’.

‘Desperately’ is another song of love slipping away that Hajk specialise in. What they do really well is make these songs wistful rather than miserable. The final track, 'Snowball' has an echo of ‘What about Us?’ by Pink and is a fittingly brilliant end to an consistently superb album.

Sometimes you feel that all a group like this need to be absolutely huge is for one of their songs to break through as an advert or soundtrack and the rest will follow. I loved their first, eponymously titled, album but this is just a step up in class that shows they are ready for the big time.