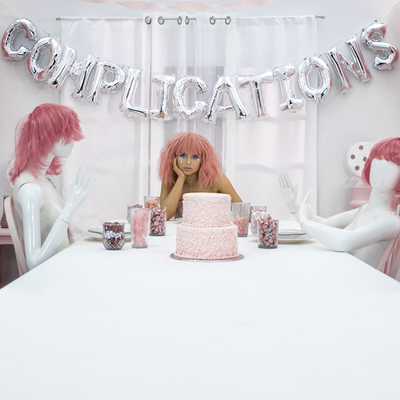 When Mackenzie Nicole released her debut album 'The Edge' in early 2018, she showed us she has the chops and enough ability to bring the goods, and as much as 'The Edge' was a more than decent debut release, the production was a little too much for my taste.

But after a few listens to her new song 'Complications', it seems this time around Mackenzie is taking the reigns with less production and more honesty and more quality.

On her new song, you hear the dark tale of somebody’s pain and apology to those who it affects, with infectious choruses and an upbeat backdrop, which makes for a perfect metaphor for somebody in a dark place but feeling forced to pretend it’s all sunshine and rainbows for the outside world. Because the truth is it’s not always pretty behind the white picket fences.

If 'Complications' is a taste of what's to come from Mackenzie's sophomore release 'Mystic', I can't wait to hear more. Mackenzie is 19-years-old and has a voice that will give you chills but more importantly with 'Complications', this young songwriter and singer is not afraid to expose herself and tell whoever will listen that it's ok to not be ok.

Signing to Strange Main (A division of Strange Music) in 2015, the teen unveiled “Actin Like You Know,” which included a cameo from labelmate Tech N9ne. Early acclaim came as the track racked up over 6.5 million YouTube views and over 2.60 million Spotify streams. Her next song “Deleted” followed with over 1.4 million Spotify streams and over 1.3 million YouTube views to date.