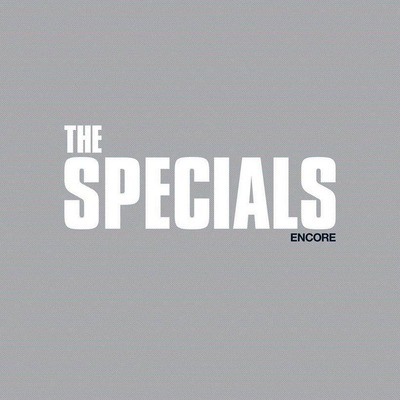 When your musical heroes of yesteryear return to the fray with a new album, there is always a concern that they will either be treading water or sinking without trace. As a long term fan of The Specials and Terry Hall’s various pop guises I was concerned that nearly 4 decades on (can’t be!!) the old magic would have gone. I really didn’t need to worry.

From the first track of their comeback album, 'Encore', it was clear that the old magic was still there. ‘Black Skin Blue Eyed Boys’ has the unmistakable Specials style lyrics of inclusivity, but the tempo was slower than the old days which turned out to be the template for the album. This slower pace was the perfect decision, hinting as it does at the more reflective, occasionally world weary, view of modern life.

The second track is a solo effort by Lynval Golding whose voice rumbles through the backing with energy and anger as he narrates his life story on ‘B.L.M.’ which takes an unflinching look at the unchanging nature of prejudice.

‘Vote for Me’ looks at the unprincipled self-serving politicians that make up the vast majority of those in public life. As the lyrics observe ‘You’re all so drunk on money and power, inside your ivory tower’. The fourth track is a stripped back slower version of the Fun Boy Three classic ‘The Lunatics’. The original came out in the era of Thatcher and Reagan, whilst this reworking has Trump and Brexit to contend with. It seems more relevant now than it did then which is very depressing!

‘Breaking Point’ is a very sombre tale of a man who has just had enough of seeing the country collapse around him. Terry Hall’s voice has scarcely, if ever, seemed more doom laden than this.

‘Blam Blam Fever’ takes America to task for its gun culture. Then, comes the highlight of the album, which features Saffiyah Khan, most famous for smilingly standing up to the EDL in 2017. She shows similar determination in the song ‘10 Commandments’ which deals with her experience of life as a woman in Britain. It is incredibly powerful lyrically and vocally and seethes with justified anger.

‘Embarrassed by You’ takes aim at the gangs of London as they are told, ‘We never fought for freedom for nasty brutes like you.’ I thought that was a very neat inversion of the cry of a number of the older generation, whose own behaviour was what The Specials and others fought against back in the racist 70s.

‘The Life and Times (of a man called Depression)’ could be a diatribe against a number of people, depending upon your age and politics. The opening three lines set out the song’s stance. ‘The truth is it was hate at first sight. Staring down the barrel of a man with no opinions’. I pictured an Old Etonian who believed he had a right to rule because of the accident of his birth, but you may think of someone different!

The final song leaves the album with an upbeat message at last. ‘We Sell Hope’ observes that they have ‘Looked all around the world. Could be a beautiful place to live in.’

This is a timely album that shows an older, wiser group with their finger still on the pulse of what matters. If you like their old stuff ‘Encore’ has a bonus disc of live classics including the timeless ‘Enjoy Yourself (It’s later than you think)’. Well I did enjoy myself, on both albums! Thanks guys for leaving my fond memories intact and adding some great new ones.