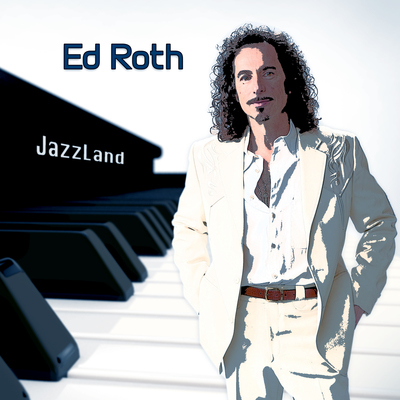 Pianist Ed Roth’s vibe, spirit, and touch make him a master at bringing his own flavor.

Although he’s a top pick session players and touring musician amongst renowned artists across the globe, he’s at his best when he’s left to create soulful melodies and grooves that sing with his playing. On his new album 'Jazzland', Roth has covered nine jazz classics but puts his own spin on them to make them feel shiny and new. There is an undeniable charm in his playing style that brings a modern flair to works that were created long before his time.

The number of genuinely wonderful pianists is astounding. There are countless innovative and unique artists that have taken composition and performance to new heights. It can be easy to get discouraged with your own playing in the face of such greatness, but I'd like to point out that there is one thing every great pianist has in common, regardless of time period or style – they all were inspired by and influenced by those who came before them! Roth is no different paying homage to artists that inspired him and adding in his own flair.

A sonic purist, Roth is adept at not only piano but also Fender Rhodes, Hammond B3, Wurlitzer, clavinet and accordion, (as well as a Kawai artist grand piano), all of which he records at his own Glendale, CA, studio, The Keyboard Room.

Roth is a wizard player, with a determined touch and constant liveliness. From start to finish 'Jazzland' is a good time. This accomplished body of work leads us to wonder what’s coming next.