M.R.J - 'Mad Love' The Perfect Track To Push Us Into Spring 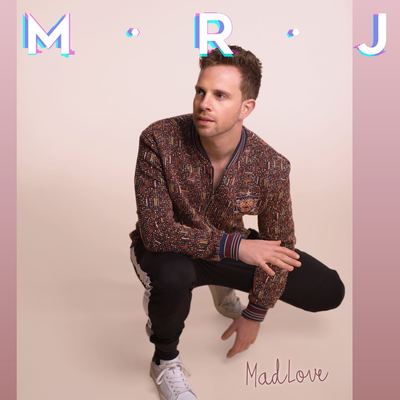 London-based clever pop artist, M.R.J., who released his brilliant single last year, ‘Mad Love’, captured the summery-feel perfectly within it and anchored the track with bounding production making it one to fall in love with and keep on repeat. It was clearly a song marked for success from this critically-acclaimed singer.

M.R.J. is an up and coming pop artist whose previous songs have racked up over 100k streams, marking him as one to watch for future releases. He is a talented artist as a singer-songwriter, creating a fresh, open and accessible route to his sound. His music is at once familiar yet new and exciting with a clean take on what he is projecting in the arena of modern pop music. He has caught the attention of BBC Introducing and Record Of The Day, and for good reason. The buzz is building around M. R. J. and plenty are waiting to hear what he devises next.

With his recent release, ‘Mad Love’, the artist gets right to the heart of what it is that comprises shimmering pop music. The song is wrapped in plenty of synth, solid chord structures with loads of hooks. It is altogether well crafted, solidly produced, with plenty of poptastic waves to transport you through the track. His lyrical content is emotive and soaked in passionate delivery, demonstrating his dexterity to suck you straight in. Additionally, producer Dan Thomas has now also released a dance mix of the single, which looks to top the success of M. R. J.’s previous single, ‘Water’, released in 2016, a track that is still grabbing tons of plays today. Definitely one not to miss!

M. R. J. has a huge trajectory arch ahead, and is working on new material to further cement his well-earned place in today’s music. He is an artist to follow and keep an eye on in the coming months.