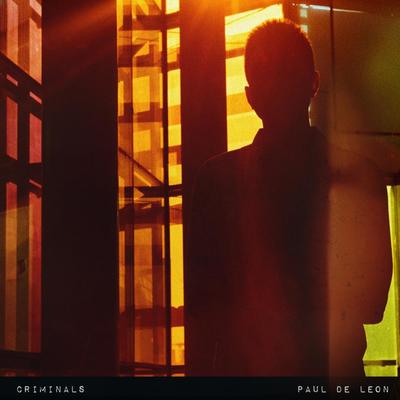 Paul De Leon, the Australian born singer-songwriter, recently released his brand-new single, ‘Criminals’ and proves his talent following the successes of his previous releases ‘The One You Want’ and ‘Take It Away’.

Before growing into a singing and song writing career, Paul De Leon was an accomplished drummer and guitarist in his own right. His music is based in a mellow indie rock vibe, loaded with clever hooks and strong instrumentation. His song writing oozes passion and authenticity, both lyrically and melodically. This is a track to get lost in.

With its slick production, mellow, solid drumbeat and sparkling guitar tones, ‘Criminals’ is a track full of sonic atmosphere and clever originality. There is a slightly haunting soundscape as the track opens, leading into a punchy back beat, seamlessly led through by Paul’s smooth, effortless vocals. He delivers his lyrics with incredible passion and expression, connecting you with the song from the first note. But, moreover, it’s a track you can attach to and find your way with, lyrically and musically. Paul demonstrates some vocal dexterity and yet leaves something held back, drawing you in and asking for more. The song has rock overtones but also meanders in style and tone which makes it accessible to all. There is an immediacy along with something driving it through, note by note.

Paul De Leon has demonstrated his prowess as an artist with every track he’s released and for good reason. His music speaks to the modern variation of indie-rock. Its smooth without being ambient but enough substance to truly latch onto. He has surely cemented himself as ‘one to watch’ in the indie scene , and certainly in the years to come without doubt. If chilled out indie-rock is your thing, give ‘Criminals’, it will surely find itself on your playlist as a result.