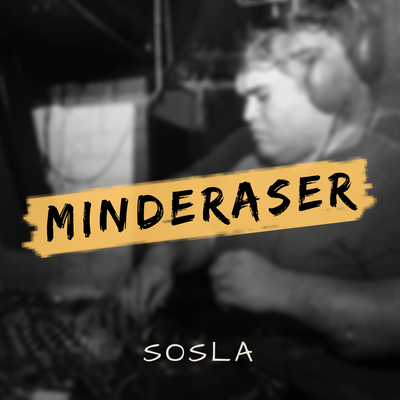 Are you aware of up-and-coming DJ/producer SOSLA? He's just released an ace new single ‘Minderaser’ and it’s a killer base house track that dance music fans will wholeheartedly embrace.

Real name Erik Saucedo he's originally from Texas and excels in producing outstanding and unique floor-filling base house music. Apparently he finds inspiration from other artists such as Jauz, Valentino Khan and Joyryde, who inspired him to start his own musical journey into the style of bass house tracks. His method and technique are hard-hitting and anchored in high energy! His remix of Ariana Grande’s ‘God Is A Woman’ brought him huge attention and led to him making regular appearances DJing in the Texan EDM scene.

So with that expectation set, ‘Minderaser’ doesn’t disappoint. It is at its heart an anthemic party track and delivers such a clean, cool bass line layered with an entirely accomplished beat. Enveloped in glossy production, an uplifting aura and energetic through until the very end. This is definitely a floor-filler!

If EDM is your thing and dance music makes your heart quicken this might be just your tonic!