'Sucker Punch' Is A Knockout 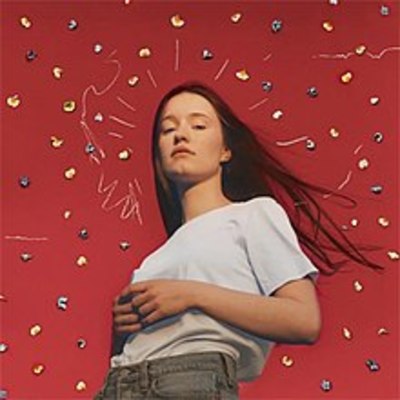 Sigrid, or to give her her full name Sigrid Solbakk Raabe started her career in her native Norway as a 16 year old when she released a track called ‘Sun’. After playing at both the Glastonbury and Reading festivals in 2017 and seeing ‘Don’t Kill My Vibe’ becoming a minor hit in a number of countries she was named winner of BBC Music Sound of 2018. She hit the Top 10 with Strangers later that year and appeared on the Christmas Top of the Pops which was probably the first introduction that the wider public had to this new talent. Her first full album, ‘Sucker Punch’, contains her previous releases and points the way to the future for yet another Scandanavian talent.

A sparse electronic backing starts off the title track before her truly original voice kicks in. It is a voice with a huge range and a sound that draws the listener in as a spoken section gives way to a powerful lower register and yelping higher notes that are reminiscent of Lena Lovich or Kate Bush. ‘Sucker Punch’ is, at first, a fairly standard girl meets boy until the cleverly throwaway line, ‘Both our hoodies red, you’re in my head’ gives it a slightly different edge. Then she climbs in to the powerful chorus that proclaims, ‘I’m freaking out cause I’m scared this might end bad’. It’s a very clever subversion of the usual narrative that marks her out as a songwriter of real insight.

The second track shows more of that insight as ‘Mine Right Now’ observes ‘it’s alright if we don’t end up together cause you’re mine right now’. Assuming this is the same relationship it’s clear that Sigrid now has the confidence and the upper hand.

‘Basic’ continues the evolving narrative in a song with a smooth delivery that shows how well she can handle a song without any vocal gymnastics. ‘Strangers’, her breakthrough hit, still sounds superb as it explodes in to your consciousness. ‘Don’t Feel Like Crying’ is quite possibly the best break up song I’ve heard in ages. In it she realises ‘Wallowing in it would be such a waste that ain’t gonna fix it anyway’. Yes, it hurts, as Sigrid admits, but she is going to carry on and keep living her life as ‘if I go home I’m gonna get upset’. The sheer insight of her lyrics really lifts Sigrid’s writing above her contemporaries, because it is authentic and universal.

‘Level Up’ is a short punchy ballad that sees her getting her second wind and defiantly saying ‘when we get through the struggle that’s when we level up’. ‘Sight of you’ describes the experience of being away from the person you love with the marvellous line ‘The airline lost my luggage, still got all this weight’ which just sums up that feeling of touching down in a new country without the person you have built your world around. With the lyrics being so clever you forget how good the music is sometimes, but the subtle synth on ‘Sight of you’ is a delight. ‘In vain’ is an angry ballad that tells the person she’s with ‘don’t you stay if you don’t mean it’. The lightness of her beautiful singing voice belies the force of the words including a single expletive that seems totally justified in the context of the record.

‘Don’t kill my vibe’ has a gentle power that reminds me of ‘What about us’ by Pink as she takes aim at a controlling partner and tells him she won’t put up with him any longer. ‘Business Dinners’ takes a similar subject but at the subtler end of the controlling behaviour where she observes that she is expected to be both the attractive partner and the intelligent advocate when all she wants to be is herself. ‘Never Mine’ could be seen as the third song of an empowerment quartet as she takes aim at a partner who makes ‘it hard to feel OK’. The final track, ‘Dynamite’ ends with the brilliant lines, ‘You’re safe as a mountain, but know that I am dynamite’.