Wille & The Bandits Bring Musical Diversity With 'One Way' 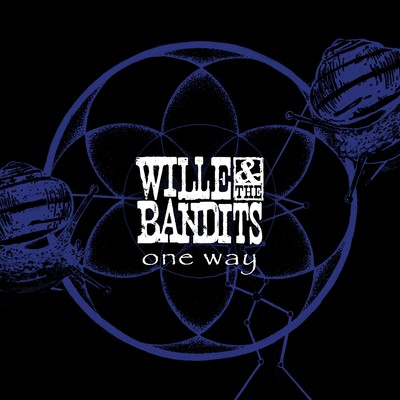 Wille & The Bandits is proving to be a powerful trio of musicians that are bringing a unique style of rock and blues flavor to the New Classic Rock movement. They have been busy making waves in the UK and are about to unleash their music and if their videos are any indication, a very explosive live tour on the US this summer.

The song “One Way,” will be their first introduction in the US, this April, and is sure make an immediate impact on lovers of Rock n’ Roll. Filled with harder leaning rock, blues and total passion. Wille’s bottleneck guitar playing will draw the listener in but this three-piece is layered with stellar musicianship all around. Meanwhile, the in your face lyrics that take on the propaganda of many current governments is through-provoking and could not be timelier.

Wille & the Bandits are establishing themselves as pioneers of the UK roots-rock scene and are sure to make waves around the globe thanks to their distinctive, organic vibe and rock ‘n’ roll gusto. The band were listed in the top ten must see bands at Glastonbury 2014 by BBC Radio 1 and were personally invited to perform on the German TV show Rockpalast; a musical institution of global import.

Essentially, Wille and the Bandits is a classic blues rock three piece, much in the vein of Cream or The Jimi Hendrix Experience and like these bands is pushing at the boundaries of their genre. Wille and the Bandits take their sound way beyond what is expected of such a traditional line-up.

The band combines three incredible solid and committed musicians who come from very different musical backgrounds. Wille’s exquisite slide guitar playing and powerful vocals are given perfect momentum with Andy’s innovative drumming, while virtuoso Matt, with his six-string bass and double bass, adds a class and polish rarely seen in a Rock act. The great musicianship with infectious songs has inspired praise from Rock legends such as Ian Paice, Joe Bonamassa and Francis Rossi. Throughout any performance the band can be seen playing a range of instruments, sometimes simultaneously, sometimes switching between various guitars, basses and percussion within the same song, giving the audience a complete performance which has seen the popularity of Wille and the Bandits grow at an exceptional rate.