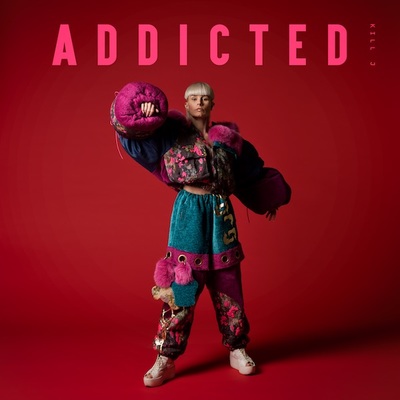 Danish pop star KIll J was Hype Machine blogs muse and one of the most blogged new acts a few years ago.

She then released some amazing singles and EPs over the year that is fair to say have opened the doors for Sigrid, Alma and other Scandi girls.

‘Addicted’ is the fourth single taken from her debut album ‘Superposition’. KIll J's addictive vocals magically flit between R&B and Pop; she is one of the best vocalists out there, trained as an opera singer, her acrobatic high pitched notes never feel forced.

Dealing with addiction, the song's theme comes to life in the video, in which KIll J acts as the queen of all sins.

I cannot wait for her album!