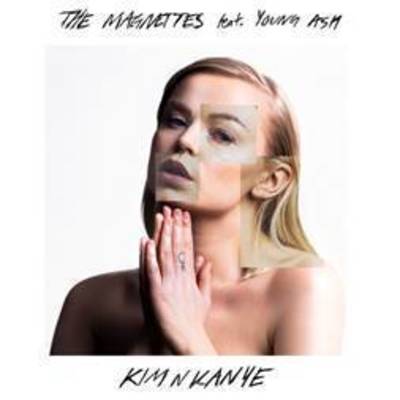 The band are known to create diverse tracks, yet keep hold of the sound that is distinctively their own. ‘KIMNKANYE’ adds another level of spice and drive to their previously released, critically acclaimed singles - 'Bones', 'Killers in a Ghost Town', 'Hollywood' and 'Sad Girls Club'. Is it really about Kim and Kanye? Hell no.

The energetic track encapsulates their unique and polished sound. Producer of the group, Tomas Buckland Thunestrom has managed to make a clean and tight sound that is able to pack a punch to the ears of the listener. It hits the listener hard with its unapologetically catchy chorus and up-beat lyrics. A song that will make you bounce from the very start. Try and not move when the track kicks in with its vibey bubble gum pop with regular irreverent punky pokes.

The song is essentially an enjoyable ‘letting your hair down’ disco romp when you’ve just given two-fingers to the crap week you just had - and now you’re on the best night out EVER! It’s a fabulous disco mirrored lined escape route into fun-ville: offering you the chance to forget about your problems or worries and just focus on partying the night away.

If you're looking for more spirit in your life, if you want to dance the night away or just shout and swear while jumping around, then ‘KIMNKANYE’ is the song for you. The Magnettes will add passion and some kick ass attitude to your Saturday night. You could even say it’s medicinal. It should really be available on the NHS.