Proud To Be A Union Man! 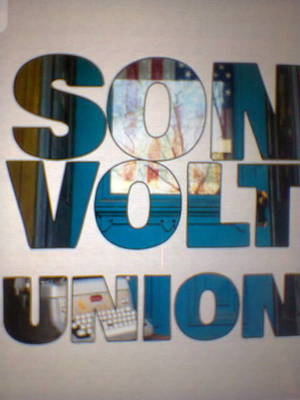 Comparable to their presumed mentors, Bruce Springsteen and R.E.M., two generations and one generation down the line, respectively; stalwart alt-country rockers Son Volt’s latest album ‘Union’ has the added bonus of two feet in the door, stylistically speaking. They show that they are definitely poised to inherit both the institutional mantles of both heartland and alternative rock, while staying true to their roots.

Formed in 1994 from the ashes of Uncle Tupelo by veteran Jay Farrar; their ninth studio album is yet another chapter of their naturally evolving and continuing resurgence - totally immune to any default parody which can easily dog male musicians well into their early 50s.

‘Union’ itself is more profound and literary than its predecessor, 2017’s ‘Notes Of Blue’. The opener ‘While Rome Burns’ - with its nicely incongruous nexus of freeways and gravel roads - functions like a jaunty prelude for the pioneer-like seriousness of the album’s initial impact. ‘The 99’ is redolent of a statistical lashing of feral steel by way of Neil Young’s ‘Hawks And Doves’. ‘Devil May Care’ complete with to the bone stream of consciousness verses and pastoral-sounding but insinuating acoustic guitar is unduly masochistic. ‘Broadsides’ with its omnipresent prog-rock Western backdrop is the define flip-side of the Allman Bros’ ‘Blue Sky’.

The downside of the American Dream continues with ‘Reality Winner’ which could be interpreted as a subtle lambasting of Trump voters, and the arbitrary acoustic guitar of the title track sets the seal of despondency where “national service keeps the union together”.

But inevitably every cloud has a silver lining with the Tom Paxton-like ‘The Reason’ where “the rainbow is something more than coloured skies” and the “fury of the downpour is a blessing in disguise”. These lyrics are quotable in their hypersensitivity. They unashamedly offer a new unspoken perspective on such often-used imagery. This welcome optimistic thread continues with the awe-inspiring ‘Holding Your Own’ and the ‘Pygmalion’-themed ‘Rebel Girl’ where the empathy for the songs’ respective protagonists is fully uplifting, making the listener feel warm and homespun inside.

However, ‘Union’ is not without a curio: the acoustic instrumental, ‘Truth To Power Blues’ which is not unlike Sonny Boy Williamson’s ‘Help Me’. The reasons for it’s inclusion seem irrelevant, and like ‘Her Majesty’ on ‘Abbey Road’, conclusions are open to be drawn.

‘Union’ is a multi-faceted narrative affair that will appeal to everyone’s overall aesthetic appreciation. A touchstone for a new generation of cowboys. The alt-country fanboys can take a hike.