The Impersonators - Proof That The Traditional Band Is Dead? 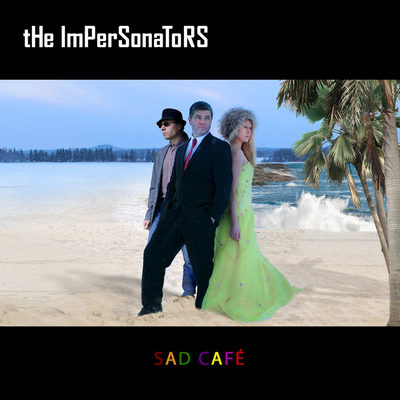 Singer, guitarist, bassist, drummer. Maybe a keyboardist. Sometimes a second guitarist. The traditional, accepted line-up for bands is both predictable and understandable but increasingly artists are looking to entirely different set-ups to release their music.

Partly because of the economics of keeping a "full" band active, the ability to literally "do it yourself" is in full flow. No need for a producer and a studio to mix and record yourself to an impressive standard means that the garage band ethic of the sixties has been taken one step further - why take four band members into the shower when one will do (as the advert nearly said).

The Impersonators is all-but a one-man project, Tommi Tikka, who spends his life between Finland and California. With his lyricist Antti Autio accompanying him in spirit at least, you would never imagine there wasn't a whole band behind him on his latest EP release, 'Sad Cafe'. With more than a hint of early REM, it's wistful and melodic to an almost stupid degree - you're suddenly reminded as to how much dull, uninspired music you tolerate on a daily basis.

Likewise, The Impersonators are happy being unhappy - there's little in the way of "boy meets girl" in the lyrics, unless you include "boy meets girl and both have a terrible time" type themes. It's oddly refreshing and the music is in no way maudlin or depressing - a neat trick to pull off. Worth checking out, especially if you find yourself losing faith with your radio.