'Coinstar Song' : A Gigantic Earworm You Won't Want To Kill 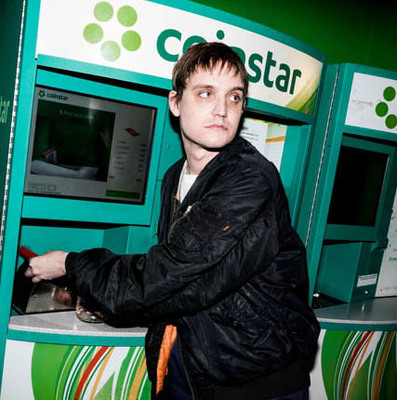 Imagine going to a party and Andrew WK has brought his whiney cousin from out of town - complete with a bag of nickels, a cheap Walmart pizza and a Wheatus bootleg on cassette. Oh, and he’s nicking all the buffalo wings off the table before the party’s actually started. On the face of it = that’s Juiceboxxx. However, it would be wrong to see this guy as a one-dimensional cartoon character with only one tune under his belt. Looking at his past and current artistic endeavours, it’s clear there is a lot going on at the JB creative ranch.

Juiceboxxx is clearly a crazed artist on a mission with his heady and eclectic brew of crossover punk-rap. In 2017 Juicebooxxx released his album ‘Freaked Out American Loser’ which tunes in very nicely with the extraordinarily crazed times we are currently experiencing. This artist, though, is clearly deliberately avoiding the traditional ‘freeway’ of music and instead is trying to implant his musical and artistic vision into us via new and unchartered routes, including his own Vlog show (check it out) The Boxxx Report. He’s not normal - and that’s good. That’s better than good. And that kind of creative dedication is more than we deserve.

So let’s talk about ‘Coinstar Song’ – a song about THAT machine (we’ve all seen it) which converts your pennies and bag of nickels into paper cash so you actually can afford that bottle of hooch. The song is at once sad, desperate and identifiable (‘trying to get by’, ‘waking up in the morning and you don’t know why’) but also, somehow, upbeat and cascading with optimistic energy. It is also an incorrigible ear worm. Listen to it once and it stays with you all day. Listen twice and you’re doomed to distraction for the foreseeable. Let’s be honest: ‘Coinstar Song’ is so damn catchy it should - in all sane universes - be a huge radio hit. But, having been thrown into an alternate dimension since 2008, sanity is not a term we can use lightly these days.