No One Trick Pony 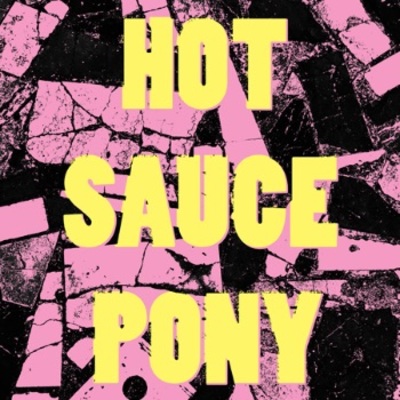 Who has time to listen to an album these day? Admittedly, with the music industry moving ever closer to the streaming model, and by implication away from physical product, it does feel like the album as an art form is looking increasingly under threat.

Until, that is, you come across what is becoming a rarer and rarer treat, namely an album that works as more than a playlist, something more than the sum on its parts. That's precisely what Hot Sauce Pony have delivered in the shape of their debut, self-titled album. It's a year since we were tempted down to the New Cross Inn on the strength of the Brixton band's teaser of a single “Burnt Ends” and bore witness to a live set that felt more like being stampeded than serenaded.

The good news is that HSP have not only managed to capture that ferocity and power on their first long player, but also create a sonic journey with enough depth and variety to stay fresh right until the run out groove.

Their rich, heavy, textured sound remains at the centre of things, built around Caroline Gilchrist's evocative, intimate vocals painting pictures that feel like confessional internal monologues almost too personal to be shared out loud.

Musically, there's an obvious parallel with the stripped down economy and magical momentum of the Pixies, but with the wonderfully thuggish bass sound of Caroline's husband Stephen Gilchrist providing an iron fist proceedings. In the band's publicity material he likens his sound to metal objects being clunked, and it's unlikely that any music writer (this one included) will find a more accurate comparison than that. Operating in cahoots with Anna Dodridge's Liebezeit-like drumming and the torrid, Valentines-style effects board hallucinations of guitarist Ross Davies, they are a force to be reckoned with.

We knew that much already, of course, from the singles – the lurching “Burnt Ends” and the groovy swamp romp of “What You Don't Know”, both of which are included among the ten tracks here. What we weren't expecting was the other side of the coin. The sparse “Hark” creeping up on you like a back street stalker, Caroline's vocals almost completely exposed. The dark shadows and white heat of “Doom Lord”, employing the same quiet/loud dramatics of grunge. The gently bittersweet fragility of “Christmas In Prison”, the prison in question being a relationship rather than the more conventional type. The distinctly danceable rhythms behind 'Ho', no less vicious as a result but certainly more enticing.
So, like we said, we knew this South London crew could make a big, impressive noise. What this ten track package proves, way beyond that, is that they're no one trick pony.