Doe's 'First Four' Is A Concise Showcase Of The Bands Talent


After forming in 2013, it didn't take long for London-based quartet Doe to make an impression on the burgeoning UK underground scene. Armed with a penchant for melody and tireless DIY ethics, the band released four EPs in little over a year; impressive even for the punk scenes they move on the fringes of. Perhaps unsurprisingly then, 'First Four' collects these EPs in to one neatly packaged debut LP, that works not like a premature greatest hits, as some might assume, but rather as a concise  showcase of the band's work thus far. 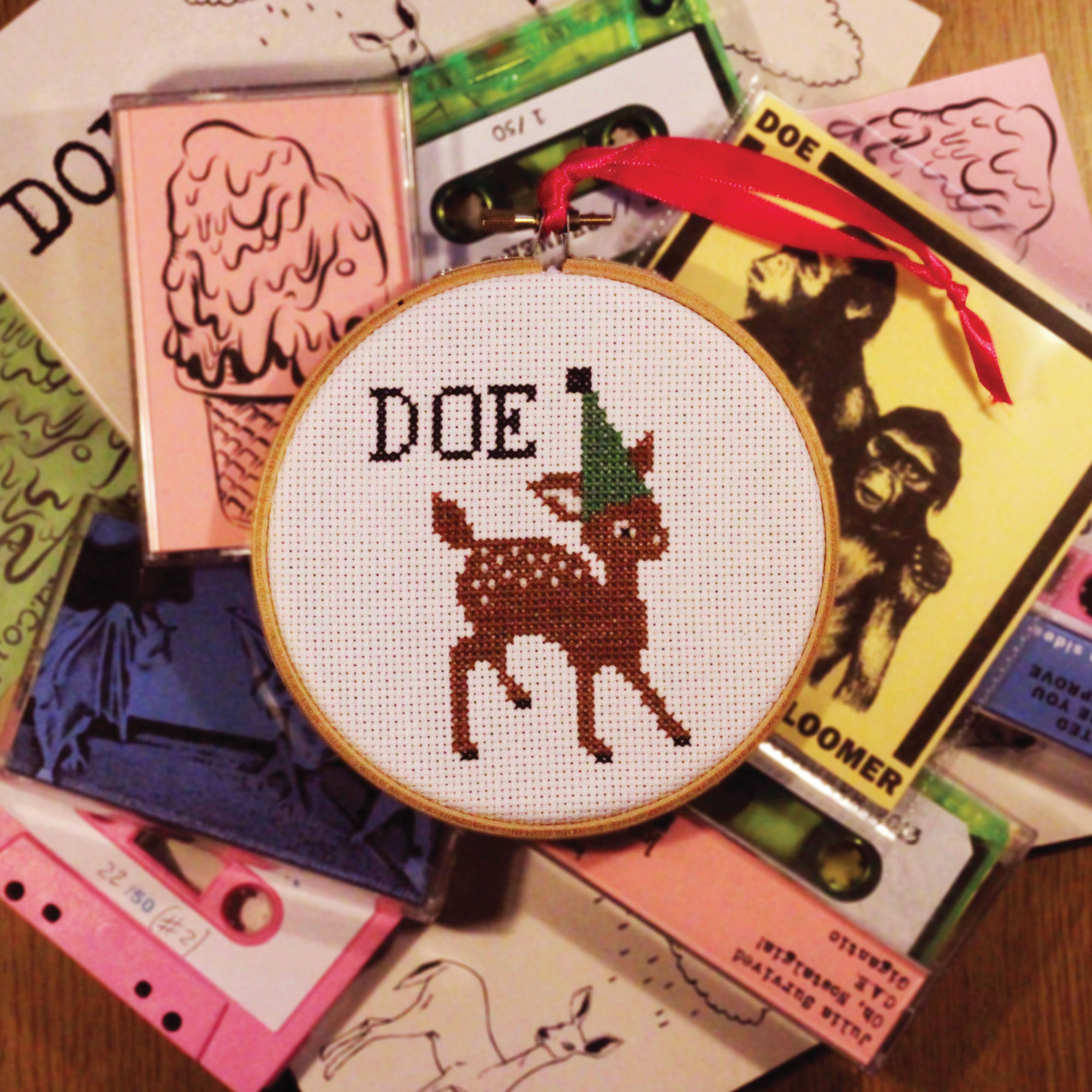 Established fans will be pleased (or perhaps they won't?) to hear that, though they'll be familiar with the tracks on offer, they have been re-recorded, and as a result 'First Four' manages to feel like one complete release and not the staggered collection it is; a testament to both the production on the record, and the calibre of the band's writing from the outset, only those familiar with the band would be able to tell those tracks from the self-titled debut apart from those on 2014's 'Sooner', such is the unifying effect of the marriage of quality production and re-recordings.


However, whilst such a marriage does allow for a more unified finish to the record, that doesn't mean to say it ever feels flat, or formulaic, and the varying influences and aesthetics which are at the very heart of Doe are still very much on show; the grungy, militant roll of "Work in Progress", the syrupy twee of "Redo Improve", all offer up differing sides to the band without ever feeling at odds with one another. Indeed, such is the album ordered, that the sugary bubblegum punk of tracks like "Late Bloomer" never stick around long enough to give one toothache, whilst the heavier tracks ("C.A.E") they're offset by never outstay their welcome either. It's a deftly ordered track list, and one which sets the bar high for the band's future set-lists.


Whilst Doe manage to do a fantastic job of keeping stuff moving at the perfect pace, indie-pop is ultimately at the heart of what they do, and there are (somewhat shockingly) those for whom the undercurrent of twee might be a little too much, despite 'First Four's' punkier aspects, and that's understandable, but even then, it's impossible to deny the work ethic and the passion of the band. Those who like their guitars with a jangle and their vocals sweet with a sour bite however, could do far worse than spending some time with "First Four", a record which ends the first chapter of Doe's career, and makes me very excited about what they have to offer in the future.