The BRKN Debut With Heavy Hitter 'Your Existence' 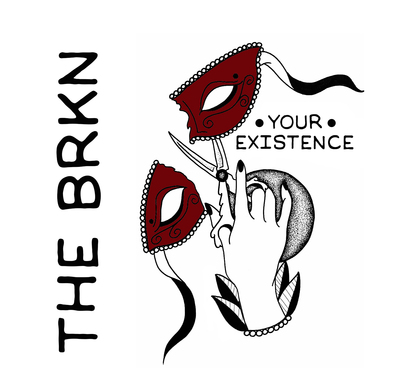 Singer/guitarist/songwriter Jacob Cade, who drew quite a bit of attention with his explosive live performances and the song “Icky Nikki” is now looking to take it to the next level as he launches his new rock n’ punk band, The BRKN. The band recently released their debut single and accompanying video for the song “Your Existence”. The song is high octane and kicks in with a punch, featuring pedal to the metal no-nonsense, bollocks-out rock n’ punk. The song speaks of real-life subject matter as it takes on the heartache that comes with a break-up but contains a kickass musical backdrop that is high energy and fun from start to finish, bringing a perfect mix of dark and light.

The band recently wrapped up work on their new and upcoming patch of songs with producers Glenn Sawyer and Rich Veltrop at Colorado’s The Spot Studios. The BRKN is made-up of Jacob Cade – vox and lead guitar, Kick Stevens - rhythm guitarist and Mike Bokenkamp - drums. The newcomers are already making a mark, they played Rockfest in Cadott, Wisconsin on July 20 and won over a standing room only crowd, sharing the stage Rob Zombie, Marilyn Manson, Five Finger Death Punch, and Evanescence to name a few.

At 20 years old Cade continues to take the reins when it comes to writing all the material, but he is thrilled about joining forces with his new musical bothers.

Cade, who picked up his first guitar at age four, started to make a name for himself as a teen. From the beginning, he has surrounded himself with exceptional talent first working with producer Michael Wagener on his solo EP, 'Hunger'.

And others have recognized this young talent, as he has previously worked with the likes of Paul Taylor from Winger, Lzzy Hale and Joe Hottinger from Halestorm, and Rachel Bolan from Skid Row, and has already shared the bill with some of rock’s biggest names, including Steel Panther and Bobaflex.

With a new band, a new video and a new single they're just getting started. The BRKN will be releasing more new songs with accompanying videos over the next few months with a full album and tour in the works.